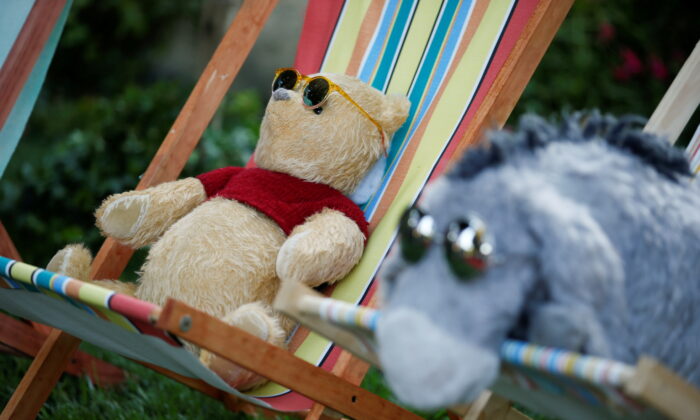 Stuffed Winnie the Pooh and Eeyore characters are seen at the world premiere of Disney's "Christopher Robin," in Burbank, Calif., on July 30, 2018. (Danny Moloshok/Reuters)
Companies

How Will Disney Be Impacted Now That A.A. Milne’s ‘Winnie-the-Pooh’ Is in the Public Domain?

As 2022 rolled in, A.A. Milne’s 1926 book “Winnie-the-Pooh” was among the many classic works to lapse into the public domain in the United States. But what impact will this have on the Walt Disney Co.’s long-running franchise based on the Milne characters?

Since Milne’s work is no longer protected by copyright, the text can be freely published by any company, while the characters and setting of the book can be adapted by any producer or studio. As of this writing, no non-Disney versions of the Milne book have been announced.

However, Disney does not lose the rights to its adaptations of Milne’s literary output. Disney acquired the film rights to Milne’s characters from the author’s widow in 1961, dropping the hyphens from the character’s name, and also acquired the merchandising, television, recording, and other trade rights from the widow of Stephen Slesinger, who acquired those rights from Milne in 1930.

One Milne character who is not in the public domain is Tigger, which was introduced in a 1928 book that will see its copyright lapse in a few years. Also protected by intellectual property laws is Gopher, which was not part of the Milne books but was incorporated into the Disney franchise.

Disney’s Winnie the Pooh is one of the studio’s most successful franchises, spanning many decades, from the 1966 short “Winnie the Pooh and the Honey Tree” to a stage musical that opened at New York City’s Theatre Row Building last October. While Disney hasn’t put an official number on the revenue generated by the franchise, industry observers estimate it has brought in billions of dollars.

The franchise has the distinction of scoring Walt Disney his final Academy Award—the studio founder died during the production of “Winnie the Pooh and the Blustery Day” and he received a posthumous Oscar when the film won the Best Animated Short Subject Award for 1968.

Also entering the public domain is Felix Salten’s “Bambi, A Life in the Woods,” which Disney adapted into the 1942 feature film. As with the Milne characters, Disney retains the rights to its character adaptations.