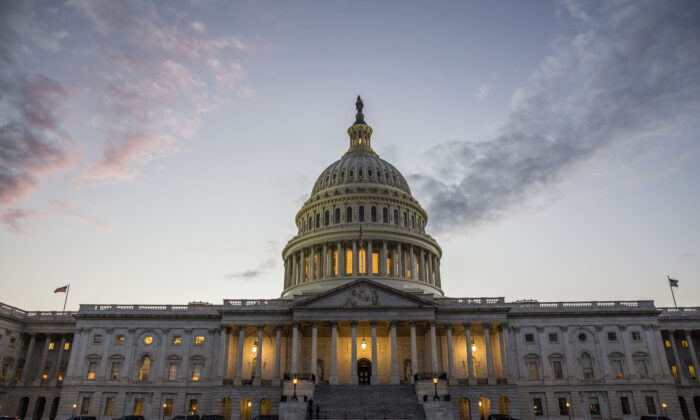 With midterm elections one year away, a handful of off-year elections this week provided investors with a potential glimpse at where America could be headed in November 2022.

On Tuesday, Glenn Youngkin became the first Republican elected governor of Virginia in 12 years. Youngkin’s victory was particularly surprising given President Joe Biden won Virginia by a 10 percent margin in the 2020 election.

In New Jersey, Democratic Gov. Phil Murphy is projected to win the election in a race that was much tighter than many experts had anticipated.

The cannabis legalization movement also scored some key victories in a red state, suggesting marijuana reform may slowly be becoming a bipartisan issue. Voters in seven Ohio towns voted to decriminalize marijuana, while seven other towns voted down similar measures.

The ETFMG Alternative Harvest ETF traded higher by 1.2 percent on the week.

The two high-profile gubernatorial elections suggest Americans may be souring on Democrats after a year of Democratic control of the White House and both houses of Congress. If the trend continues, investors may need to prepare for a potential Republican victory in the 2022 midterms.

“I’m not calling for complacency, but I am saying that, after this week’s Election Day, Wall Street no longer needs to worry about the Biden administration cracking down on big business and its beneficiaries of their profits,” Cramer said.

“And when Wall Street’s not worried, stocks can go higher—still one more reason not to sell at these levels, and to buy more the next time we get a pullback.”

If Cramer’s assessment is correct, the SPDR S&P 500 ETF Trust may maintain its bullish momentum heading into the 2022 midterm elections.

Tuesday’s elections likely didn’t do much to directly impact the market, but they may have been scary enough for Democrats to scrap some of the more progressive proposals from their agenda for the time being if they want to avoid losing both houses of Congress in 2022.

For now, the most important thing for investors to watch in Washington may be Biden’s proposed corporate tax hike, which could potentially take a big bite out of profits in 2022 and beyond.