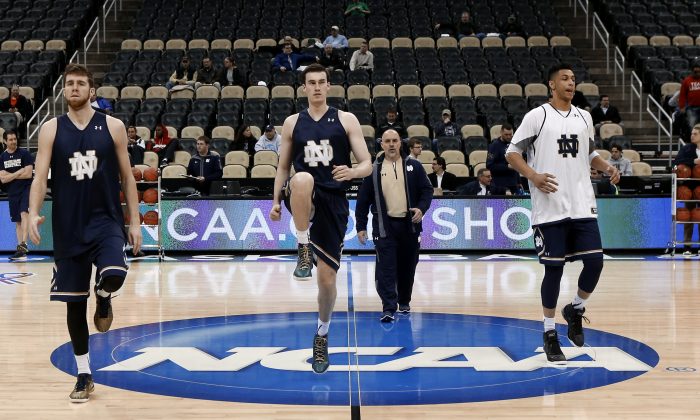 10 Tips to Help You Win Your Office NCAA Basketball Pool

Everyone and their mother is looking for tips on how to win their office NCAA tournament pools, and some key tips will help you do just that.

1. Stick Mostly to the Favorites

Almost every year, at least three of the four teams that make it to the Final Four are the No. 1, No. 2, or No. 3 seeds. Unless you have excellent reasons for picking an upset, stick mostly to the favorites, especially in the first two rounds.

On the other hand, this means you’ll need to try to pick correctly when the lower seeds clash later in the tournament.

This helps in ferreting out three of the lower seeds—Notre Dame and Iowa State, which are No. 3 seeds, and No. 4 Louisville. Iowa State could easily lose to SMU if it gets past UAB. Also be wary of picking No. 1 Duke to go too far, because the Blue Devils defense is almost bad enough not to qualify at this point. No. 6 Butler, No. 8 San Diego State, No. 10 Davidson, and No. 10 Indiana are also very imbalanced.

That’s another mark against Notre Dame and Iowa State, and also counts against No. 7 seeds VCU and Michigan State. On the other hand, that’s support for No. 1 Kentucky, No. 1 Villanova, No. 1 Wisconsin, No. 2 Arizona, No. 2 Virginia, No. 2 Kansas, No. 6 SMU, and No. 7 Wichita State.

If you see a matchup in one of the later rounds that you believe will almost certainly turn out to be a win, such as No. 1 Kentucky against No. 2 Kansas, think about which team could knock off Kansas a round or two earlier and choose them.

In this case, that would likely be Wichita State, Notre Dame, or Butler.

Kansas is considered one of the weakest top seeds, along with Gonzaga. Choose against at least one No. 2 seed.

Recent history shows that at least one No. 2 seed will fall in the second round. Out of the 120 No. 2 seeds since 1985, 43 of them failed to make it out of the first weekend.

The safest choice, in terms of odds, is Buffalo over West Virginia.

Two upsets actually have a higher percentage chance of happening than not happening—No. 11 Texas over No. 6 Butler, and No. 10 Ohio State over No. 7 VCU.

Duke, North Carolina, Kansas, Kentucky, and Michigan State have taken up one-third of the Final Four spots since 1985.

If you do try to pick a Cinderella run, don’t have it go too far.

Another thing people are wondering is whether office or other bracket pools are legal or illegal.

Online, pay-to-enter NCAA tournament pools appear to violate the Interstate Wire Act of 1961, the Professional and Amateur Sports Protection Act, and the Uniform Internet Gambling Act, according to Forbes.

However, there is little risk involved for participants.

“For most, it probably means nothing. March Madness has become just that—mainstream illegal gambling with few, if any repercussions,” author Marc Edelman, a City University of New York law professor and sports law expert, said in an article.

Indeed, there doesn’t seem to be any records of people being prosecuted for small office pools.