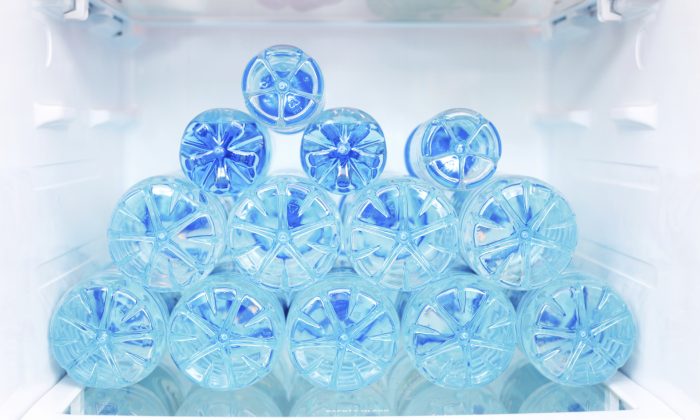 How to Use a Laser to Refrigerate Water

For the first time scientists have figured out how to use an infrared laser to cool water by about 36 degrees Fahrenheit.

“Typically, when you go to the movies and see “Star Wars” laser blasters, they heat things up. This is the first example of a laser beam that will refrigerate liquids like water under everyday conditions,” says Peter Pauzauskie, an assistant professor of materials science and engineering at the University of Washington. “It was really an open question as to whether this could be done because normally water warms when illuminated.”

To achieve the breakthrough, the team used a material commonly found in commercial lasers but essentially ran the laser phenomenon in reverse. They illuminated a single microscopic crystal suspended in water with infrared laser light to excite a unique kind of glow that has slightly more energy than that amount of light absorbed.

This higher-energy glow carries heat away from both the crystal and the water surrounding it.

The laser refrigeration process was first demonstrated in vacuum conditions at Los Alamos National Laboratory in 1995, but it has taken nearly 20 years to demonstrate this process in liquids.

Design and Build a Laser Trap

Typically, growing laser crystals is an expensive process that requires lots of time and can cost thousands of dollars to produce just a single gram of material. The researchers demonstrated that a low-cost hydrothermal process can be used to manufacture a well-known laser crystal for laser refrigeration applications in a faster, inexpensive, and scalable way.

They also designed an instrument that uses a laser trap—akin to a microscopic tractor beam—to “hold” a single nanocrystal surrounded by liquid in a chamber and illuminate it with the laser. To determine whether the liquid is cooling, the instrument also projects the particle’s “shadow” in a way that allows the researchers to observe minute changes in its motion.

As the surrounding liquid cools, the trapped particle slows down, allowing the team to clearly observe the refrigerating effect. They also designed the crystal to change from a blueish-green to a reddish-green color as it cools, like a built-in color thermometer.

“The real challenge of the project was building an instrument and devising a method capable of determining the temperature of these nanocrystals using signatures of the same light that was used to trap them,” says Paden Roder, who recently received his doctorate from the University of Washington and now works at Intel Corp. Roder is the lead author of the PNAS paper that describes the process.

So far, they’ve only demonstrated the cooling effect with a single nanocrystal, as exciting multiple crystals would require more laser power. The laser refrigeration process is currently quite energy intensive, Pauzauskie says, and future steps include looking for ways to improve its efficiency.

“Few people have thought about how they could use this technology to solve problems because using lasers to refrigerate liquids hasn’t been possible before,” Roder says. “We are interested in the ideas other scientists or businesses might have for how this might impact their basic research or bottom line.”

The discovery could help industrial users “point cool” tiny areas with a focused point of light. Microprocessors, for instance, might someday use a laser beam to cool specific components in computer chips to prevent overheating and enable more efficient information processing.

World’s Most Powerful Laser Is 2,000 Trillion Watts–but What’s It For?

Scientists could also use a laser beam to precisely cool a portion of a cell as it divides or repairs itself, essentially slowing these rapid processes down and giving researchers the opportunity to see how they work.

Or they could cool a single neuron in a network—essentially silencing without damaging it—to see how its neighbors bypass it and rewire themselves.

“There’s a lot of interest in how cells divide and how molecules and enzymes function, and it’s never been possible before to refrigerate them to study their properties,” says Pauzauskie, who is also a scientist at the U.S. Department of Energy’s Pacific Northwest National Laboratory in Richland, Washington. “Using laser cooling, it may be possible to prepare slow-motion movies of life in action. And the advantage is that you don’t have to cool the entire cell, which could kill it or change its behavior.”

The Air Force Office of Scientific Research and the University of Washington supported the work.

This article was originally published by University of Washington. Republished via Futurity.org under Creative Commons License 4.0.