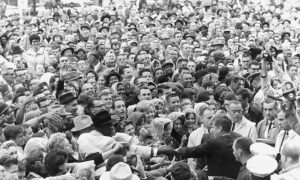 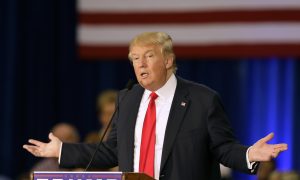 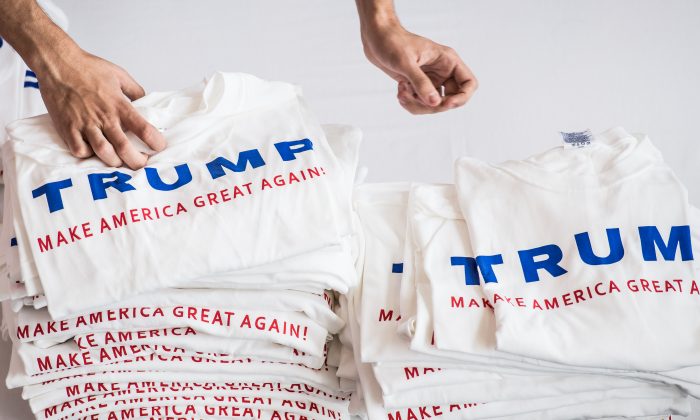 How to Get Millennial Votes: Become a Viral Meme

Inspired by presidential candidate Barack Obama’s speech after the 2008 New Hampshire primaries, Black Eyed Peas songwriter will.i.am recorded “Yes We Can,” a celebrity-infused music video against the backdrop of Obama’s voice. The video quickly received more than 97 million views, and gave Obama widespread organic media attention without a dollar spent from his campaign.

Will.i.am inspired voters and elevated Obama’s media presence, displaying the outstanding effect that positive, organic viral circulation has in today’s political arena. This helped set the precedent for creatively using digital and social media, not only in the 2008 election but for years to come.

Massive viral circulation contributed to Obama’s winning nearly 70 percent of the youth vote, according to Pew Research Center, in both the 2008 and 2012 elections. This was an indispensable cohort of his success. His campaign strategists spearheaded an ambitious and effective digital and social media campaign aided by independent contributions from influencers like the Black Eyed Peas artist.

During the 2016 presidential election, presidential hopefuls should learn from these lessons in order to boost their popularity organically. As a young voter and public relations intern, I recognize the importance of a strong media plan. Coupled with the funded campaigns, having an organically produced media presence will allow voters, especially millennial voters, to feel a sense of ownership in the candidate’s success.

Most presidential candidates understand they should focus on online outlets specifically targeting millennials to secure that group’s vote. Oftentimes it is not how one utilizes social media, but how the social media community portrays the person that makes him or her most relevant.

This point spans even beyond political campaigns. Ask the majority of millennials to name the nine Supreme Court Justices, and you will likely receive a failing response. Except for Justice Ruth Bader Ginsburg. Although she has held the position for over two decades, in 2013 she became a pop culture phenomenon when New York University law student Shana Knizhnik created the infamous “Notorious R.B.G.” Tumblr.

Justice Ginsburg became the subject of Internet memes and T-shirt designs. Her increased popularity has continued to skyrocket.

Instantaneously, Justice Ginsburg became the subject of Internet memes and T-shirt designs. Her increased popularity has continued to skyrocket. As a result, millennials look to her as an icon, an image created entirely outside of employed public relations efforts.

Having an independent marketing platform reach massive viral circulation is the best form of free advertising presidential candidates can provide millennials. The message should be inspiring, like in the case of will.i.am’s music video, or humorous, like the “Notorious R.B.G.” Tumblr. This allows the audience to see the public figures in a relatable way, and more importantly engage them in a unique manner.

As a public relations intern, I know the effective social and digital media campaigns become even more successful when this engagement appears natural, and not a result of a carefully formatted plan by the advertising team. Presidential hopefuls should embrace this attention. If they recognize an Internet trend in their favor, they should accept it as their own.

Social and digital media campaigns become even more successful when they appear natural, not carefully planned by an advertising team.

Hillary Clinton capitalized on this movement last year. For her first Twitter profile picture, she adopted the image that inspired the “Texts from Hillary” Tumblr. This photograph, of her scrolling through her BlackBerry in dark sunglasses while on a plane, previously garnered widespread attention by becoming the subject of supportive and funny memes.

Like Justice Ginsburg’s Tumblr, millennial supporters used this image to display Clinton’s no-nonsense and effective actions. By accepting this viral photograph as her own, Clinton made a strong statement. She acknowledged she has a pulse on the young generation and aims to stay relevant.

Like the last two presidential elections, this season the millennial vote will play a large factor in the outcome.

President Obama captivated this audience in both 2008 and 2012 through intended and unintended efforts. In order to build on this momentum, positive organic messaging should be an area all candidates aim to capitalize on when presented with an opportunity. At the same time, they should remember the fine line between positively humorous and humorously degrading tactics. Just ask former vice-president hopeful Sarah Palin how Tina Fey’s “Saturday Night Live” comedy skits negatively affected her credibility.

Bottom line: In the upcoming months, candidate success will be determined not by how they utilize social media, but rather how social media utilizes them. Political strategists will spend great amounts of time and money engineering an image for their candidate, but the independent renderings will dictate the public image. If they are exploited correctly, the candidates can get young voters fired up, just like Obama.

Catherine Kosse is a junior associate at Clyde Group, a communications and public affairs firm in Washington, D.C. From Louisville, Ky., she studies international politics at The George Washington University’s Elliott School of International Affairs.