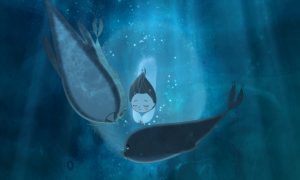 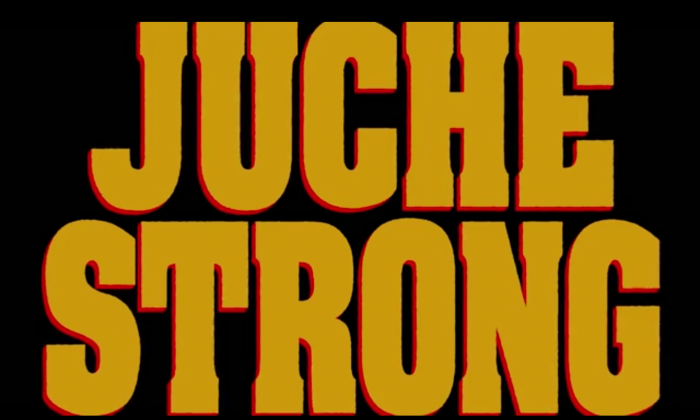 The opening title in “Juche Strong,” a screenshot from the film, available on juchestrong.com. (Epoch Times)
Entertainment

Assuming the North Korean regime is really responsible for the Sony hack, the scariest thing about the whole fiasco is that it proves conclusively that they understand us far better than we understand them.

Kim Jong Un’s hackers—and their over-the-top moralizing and awkward Google-translate syntax sound pretty DPRK—knew precisely what emails to leak in order to isolate Sony from the rest of Hollywood. They were the victims in all this, but a few stupid Obama jokes had Amy Pascal recast as the villain. Sony was played perfectly by someone who totally anticipated the Western media’s Pavlovian responses.

In contrast, we have no idea why such a silly film so enraged the Kim regime or how it continues to maintain an iron-fisted hold on the beleaguered country. Rob Montz’s short documentary “Juche Strong” helps explain why. After screening at a number of festivals, including the Korean American Film Festival in New York, “Juche Strong” is now available for online viewing.

Montz and commentators directly challenge the notion that eventually things will get so bad that people will rise up and topple the regime.

“Juche Strong” essentially starts with the assumption that everyone understands the human rights situation in North Korean is an appalling horror show. For those who need backup on that, check out Andrzej Fidyk’s “Yodok Stories” on Snagfilms, “Red Chapel” streaming on Netflix, “Kimjongilia” on DVD, and Frontline’s “The Secret State of North Korea” on the PBS website.

Yes, according to Frontline, one out of every one hundred North Koreans is a political prisoner. However, widespread famines have been an even more pressing issue for most of the Kims’ long-suffering subjects. Montz and his expert commentators directly challenge the notion that eventually things will get so bad within the pariah state that the people will rise up and topple the regime, arguing that if they haven’t by now, they simply aren’t going to.

To explain the regime’s longevity, Montz and company analyze its somewhat deliberately vague Juche ideology. Unlike Soviet and Maoist forms of communism, the Kim dynasty never tried to remake North Koreans into a new Marxist man. Instead, it co-opted traditional notions of family, nationalism, and Korean monarchy, grafting them onto a socialist framework. There are no succession battles because the Kims are literally the royal family. No matter how bad conditions get, the Orwellian propaganda constantly blames America and South Korea.

“Juche Strong” is massively depressing and profoundly scary, but anyone concerned about North Korea (which should be just about every American in the wake of the Sony debacle) should watch it. It is only 20 minutes, but it is unusually rigorous and illuminating. However, it does not explain why Kim Jong Un let loose the Grinches on “The Interview,” whereas his father let “Team America: World Police” run its course without incident. (Of course, Kim Jong Il liked to look at things.)

Frontline’s North Korea report might have some answers. Despite Montz’s unremittingly grim appraisal, “Secret State” writer-director-producer James Jones suggests that small but significant currents of dissent are growing in corners of the DPRK. There is also reason to suspect the notion Kim Jong Un may not have earned his dictatorial spurs has some currency within the military and apparatchiks’ ranks.

Perhaps most telling have been his frequent purges, including his uncle, Jang Song Thaek, the former “regent” (again a term associated with royalty). According to North Korean legal practice, entire biological families are purged for two generations in both directions. Were the rules to be consistently applied, Kim Jong Un should have purged himself as well. Hypocrisy tends to stick out.

The real shame of “The Interview” is it probably self-censored itself to such a degree that it never paints a remotely accurate portrait of North Korea’s overwhelming oppression. Considering what happened, what did watering down reality gain them? Granted, it might have put a damper on the comedy, but it would have earned them points for edginess and truth-telling.

Regardless, “Juche Strong,” “Yodok Stories,” “Kimjongilia,” “Red Chapel,” and “The Secret State of North Korea” are all strongly recommended. Together, they provide a deeper, more insightful understanding of perhaps the world’s most repressive totalitarian state.