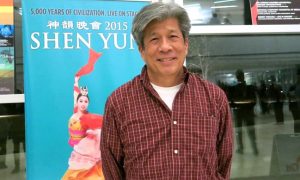 How People With Higher Moral Reasoning and Kindness Have Different Brains

Altruism, compassion, and an advanced evaluation of morally complex situations have effects not only in an ideological sense, but also physiologically—in the brain.

People with a higher level of moral reasoning showed increased gray matter in parts of the brain related to social behavior, decision making, and conflict processing, according to a study published on June 3 in the journal PLOS ONE.

The study, conducted by researchers at the Perelman School of Medicine and the Wharton School of the University of Pennsylvania, used the stages of moral reasoning described by American psychologist Lawrence Kohlberg (1927–1987). Test subjects, totaling 67, were asked to evaluate complex moral dilemmas such as medical assisted suicide, and choose the relevance of 12 given rationales. This determined where each subject fit in Kohlberg’s stages of moral reasoning.

They then underwent magnetic resonance imaging (MRI) to compare and contrast the volume of gray matter in their brains.

“Further research will be needed to determine whether these changes are the cause or the effect of higher levels of moral reasoning,” said senior author Hengyi Rao, Ph.D., a research assistant professor of cognitive neuroimaging at the Perelman School of Medicine, in a news release.

People who have practiced becoming more compassionate show increased activity in parts of the brain involved in empathy and understanding others, as well as parts involved in emotion regulation and positive emotions.

The study was conducted by researchers at the Center for Investigating Healthy Minds at the Waisman Center of the University of Wisconsin–Madison and published on May 21, 2013, in Psychological Science.

The main focus of the study was to see if adults could be trained to become more compassionate. The subjects were asked to envision a time when someone had suffered and practice wishing his or her suffering were relieved. They started with envisioning people they have a good relationship with, and finished by envisioning someone with whom they had a conflict. This taught them to feel compassion for others, whether friend or foe.

After the training, MRI tests were conducted while the subjects viewed images of human suffering. Their neural responses to suffering had changed, reflecting greater empathy.

Their neural responses to suffering had changed, reflecting greater empathy.

“It’s kind of like weight training,” said Helen Weng, a graduate student in clinical psychology and lead author of the paper, according to a news release. “Using this systematic approach, we found that people can actually build up their compassion ‘muscle’ and respond to others’ suffering with care and a desire to help.”