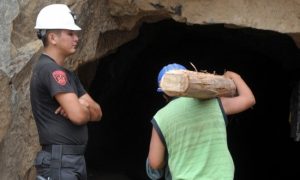 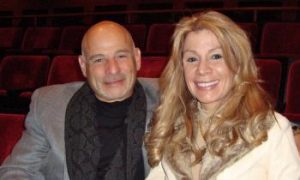 How Much is a Plate Worth in the United Arab Emirates?

DUBAI, United Arab Emirates—A friend of mine once told me a story. He was parking his car outside a bank office when he was approached by a stranger. Dressed in a cool, white, robe, the Emirati pointed to my friend’s car and complemented him on his license plate.

“How much did you pay for this number?” he asked casually. When my friend explained that he hadn’t chosen it on purpose, the man was incredulous. He made him an offer of AED20,000 ($5,445) for the plate, and the deal was sealed there and then.

If the figure seems high, consider that a little less than three years ago—at the height of the recession—one fanboy [a person with a single obsession] forked out AED52.2 million ($14.3 million) for a plate baring only a single number: 1

The license plate was bought at Emirates Auctions, a firm in Abu Dhabi that specializes in license plates. Indeed, so popular are personalized plates here, that auctions are held in a variety of places across the country fairly regularly.

Common number plates in the United Arab Emirates are five digits long, but shorter numbers typically sell for a higher price. According to officials from Emirates Auctions, the numbers 1 to 10 are most expensive.

The second category is 10-99, then three digit numbers and four digits—all on a sliding scale.

Some license plates, like the number 5, which was sold for $6.8 million, are far more expensive than the cars that they adorn.

The reasons for buying the plates vary. Some chose their date of birth, some want to match the plate with their phone number, or match the model of their car.

“They are looking to the number plate as if it is their identity, their personal identity,” said Abdulla al Mannaie, managing director of Emirates Auctions in an interview with ABC back in 2008. “Our job … is to make an expensive car without a prestigious license plate worth nothing.”

Al Mannaie himself has kept the number plate 383 for over 30 years and bought a mobile phone number to match.

However, the phenomenon is limited mostly to local Emiratis—the playboy children of the ultra rich. Many expats remain bemused and local blogs are filled with scorn over the excess that vanity drives people to.

“Recession really doesn't affect the Emiratis,” one blogger wrote on the United Arab Emirates community forum. “Not that I have anything against them, just a little envious of how the UAE has always protected its citizens.”

For others, spotting a rare number plate is akin to catching a glimpse of a rare animal in the wild. “I saw a number 8 the other day and I had an urge to peer into the window to see who was driving,” a friend recently told me over dinner. “It could have been a sheikh or someone important.”

For a fleeting moment, I felt a twinge of jealousy: the highest number I’ve spotted is 234. Perhaps personalized number plates will spawn a new breed of nerd on the streets of Dubai, somewhere between a train spotter and a celebrity stalker.