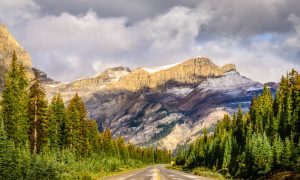 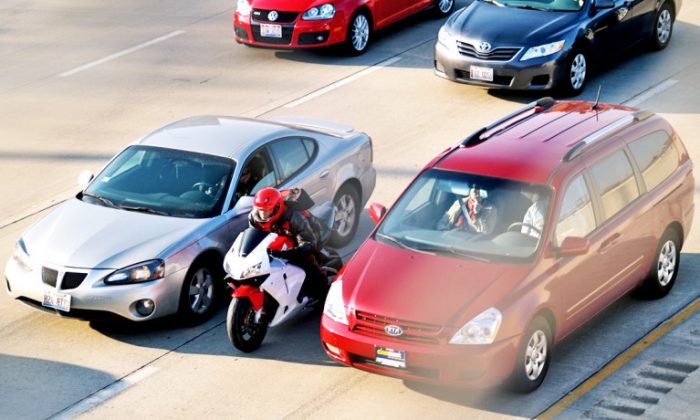 California is the only state in the country where motorcycle lane-splitting is not illegal. (Steven Vance/CC BY-NC-SA 2.0)
Autos

How Motorcycles Can Safely Split Lanes With Cars

On traffic-heavy roads, it’s common to see motorcyclists eke out a path in the narrow space between two lanes of cars.

This practice of passing other vehicles traveling in the same direction by sharing their lane is called lane-splitting. A new report finds that no matter what some angry drivers might think, it doesn’t necessarily pose a greater risk of injury.

New analysis finds that lane-splitting is relatively safe if done in traffic moving at 50 mph or less, and if motorcyclists do not exceed the speed of other vehicles by more than 15 mph.

“Surprisingly, we found that the difference in speed between the motorcycle and the surrounding traffic was a bigger predictor of injury than speed alone,” says lead author Thomas Rice, epidemiologist at SafeTREC (Safe Transportation Research and Education Center), which is based at the University of California, Berkeley, School of Public Health.

“Above a 15-mile-per-hour speed differential, the risk of injury rose significantly.”

California is the only state in the country where motorcycle lane-splitting is not illegal; a bill regulating the practice is making its way through the state legislature.

The researchers analyzed data on motorcycle-involved traffic collisions in California from June 2012 through August 2013. Of the nearly 6,000 accidents reported by the California Highway Patrol, 997 involved lane-splitting at the time of collision.

“We have learned that when lane-splitting motorcycle riders are involved in collisions, the most common scenario is a rider traveling too fast when a motorist attempts to change lanes,” says Rice.

“I think any efforts to encourage riders to lower their speed differentials will prevent collisions and injuries. One result of legislation or other guidelines might be a heightened awareness among motorists about motorcycle lane-splitting.”

The data used in the report include details about the manner in which lane-splitting occurred, such as speed of vehicles, time of day, and kinds of helmets. Reports also included information about any injuries.

“It’s important to note that from the data in our study, we are unable to estimate the risk of getting into a collision in the first place,” says Rice. “What we can do is look at motorcycle collisions that have occurred, and determine whether lane-splitting poses a greater risk of injury to riders, and whether the manner in which riders were lane-splitting was predictive of particular injury types.”

Most of the motorcycle lane-splitters—about 69 percent—exceeded the speed of surrounding traffic by about 15 mph or less. But about 14 percent of lane-splitters traveled at least 25 mph faster than surrounding vehicles.

“It is clear that the greater the speed differential, the more dangerous it is, so as obvious as the advice may be, slow down to lower the risk of injury,” says Rice.