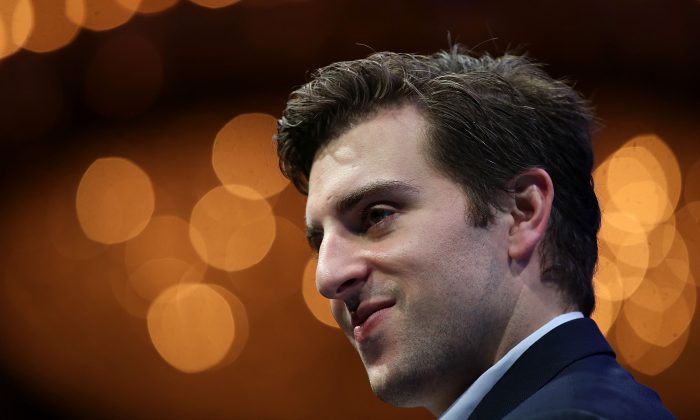 How Is Airbnb Shaping the Hotel Industry?

The impact of Airbnb on the hotel industry and the broader economy has been hotly debated these days. The central question is whether Airbnb is in fact disrupting the hotel business and changing the landscape of the lodging industry.

Founded in 2008, Airbnb is a social website that connects people looking to rent their homes with people who are looking for local accommodations. It operates in more than 34,000 cities and 190 countries.

Until now, the U.S. hotel sector has been in denial about Airbnb. Hotels mostly downplayed competition from platforms like Airbnb in the past, arguing that these platforms are a small niche market.

“I strongly do not believe that they are a major threat to the core value proposition we have,” said Christopher Nassetta, CEO of Hilton, at an earnings call in October.

However, things have started to change. Airbnb is indeed competing with and acquiring market share from established hotels, according to industry experts.

And New York is a prime example.

Based on a report by the Hotel Association of New York City (HANYC), in the 12-month period starting in September 2014, Airbnb had a negative impact to the tune of $2.1 billion on the hotel industry and the broader economy of New York City.

“This study not only confirms that Airbnb’s operations in New York City have a negative impact on the hotel industry, but it also details the tremendous disruptive reach Airbnb has on the broader city economy and our communities,” said Vijay Dandapani, chairman of HANYC, which represents more than 270 of the city’s hotels.

The direct impact of Airbnb on the New York hotel industry is estimated to be $451 million.

HANYC’s study was the first-ever public disclosure of Airbnb’s impact on New York’s hotel industry. And it has highlighted the increasing tension between the hotels and the San Francisco-based online platform.

The direct impact of Airbnb on the New York hotel industry is estimated to be $451 million over the same 12-month period. The indirect impact is around $1.6 billion, which includes the loss of revenue in food and beverages, construction sector losses, and the economic impacts on wages and lost jobs.

In addition, the tax revenue loss is projected to be $226 million annually. The report concluded that 2,800 jobs were lost directly due to Airbnb.

Airbnb accounts for 8 percent of overnight stays in New York, according to HANYC.

The rising competition from Airbnb has triggered consolidation activity in the hotel industry, according to experts.

Marriott International announced on Nov. 16 that it agreed to pay $12.2 billion to acquire Starwood Hotels, whose brands include Westin, W, and Sheraton. The merger will create the world’s largest hotel company.

“You will see more global consolidation. This probably won’t be the last deal,” said Barry Sternlicht, founder and former CEO of Starwood Hotels, on Bloomberg TV.

The scale of this merger will enable hotels to ward off the Airbnb threat, according to Sternlicht.

To tackle the threat posed by Airbnb, some hotels have started to invest in home-sharing startups.

To tackle the threat posed by Airbnb, some hotels have also started to invest in home-sharing startups. Hyatt, for instance, has invested in Onefinestay, a British company and upscale Airbnb competitor. Wyndham has invested in the subscription home-swapping site Love Home Swap.

Airbnb is expected to reach $900 million in revenue this year. That figure is projected to increase more than tenfold to $10 billion by 2020. Airbnb’s listings and annual guests tripled from 2013 to 2014.

However, the privately held company is still not profitable. And it is valued at over $25 billion. With this hefty valuation, Airbnb surpasses the market value of major hotel chains like Hilton ($23.5 billion), Marriott ($19 billion), Starwood ($12.2 billion), and Wyndham ($9 billion).

Airbnb works hard to ease opposition and potential regulatory scrutiny. Hence, it frequently publicizes the idea that it is not competing with the hotel industry.

The company commissioned consulting firms a few years ago to analyze the positive economic impact of Airbnb in various cities including New York, London, and Madrid.

The company claims that most of its listings are located outside the hotel and tourist districts. For instance, 82 percent of Airbnb listings in New York are outside of the main tourist area of Midtown Manhattan.

“This allows Airbnb visitors to explore neighborhoods that traditionally haven’t benefited from tourism,” said the company.

The company claims that most of its listings are located outside the hotel and tourist districts.

Airbnb recently released a study explaining the positive economic impact of Airbnb in France. The study indicated that the Airbnb community contributed 2.5 billion euros (approximately $2.66 billion) in total economic activity to the French economy in one year. It also supported 13,300 jobs, said the report.

The company claims that Airbnb hosts are regular people who share their homes and earn money to pay their bills. They are attracting new visitors who stay longer, spend more, and spread economic benefits to the cities and the villages.

“Airbnb is complementary to the existing tourism industry in France and increases consumer choice—without having a detrimental impact on hotels,” said the report.

Other research conducted by Boston University examines the impact of Airbnb’s entry into the Texas market on hotel room revenue. The research finds that most vulnerable segments are lower-priced hotels, not hotels catering to business travel.

In certain cities like Austin where Airbnb inventory has grown exponentially, revenues of most vulnerable hotels declined by 8 to 10 percent.

“Our work provides empirical evidence that the sharing economy is making inroads by successfully competing with, and acquiring market share from, incumbent firms,” concluded the research report.

Sharing economy sites like Airbnb have attracted a lot of attention in recent years. And Airbnb is indeed a game changer. The debate over its adverse impact on the hotel industry will likely be a long-lasting one.