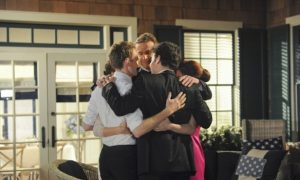 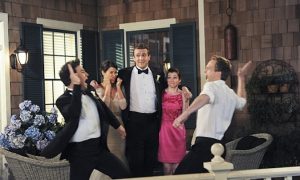 How I Met Your Mother Season 9 Finale Spoilers: The Mother's Name, Alyson Hannigan Says HIMYM is 'Not a Sad Show' [+Video]
0 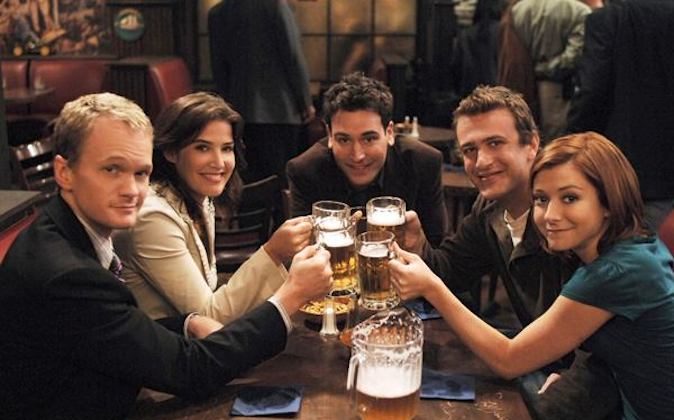 How I Met Your Mother Season 9 Finale Spoilers: Will Marshall Still be a Judge, HIMYM a Puzzle? [+Sneak Peak]

Sneak peaks for How I Met Your Mother Season 9 finale are out, and Marshall’s fate as a judge has been revealed.

When the gang gather at Ted and the Mother’s apartment, Marshall struggles to say nice things about his new job as a corporate lawyer. As it turns out, in the near future, Marshall really did give up the judgeship offer so that Lily could pursue her dream of working in Italy as an art consultant for The Captain.

Lily says that Marshall’s new job is only “temporary,” and earlier episodes do indicate that Marshall will become a judge at an unspecified time in future. Still, it answers the question of whether Lily or Marshall will give up their dream occupation for the other.

Also, despite all its shocks and surprises, HIMYM was never meant to be a puzzle.

Neil Patrick Harris, who plays the flamboyant play boy Barney Stinson, told NOLA that, “Around season four, people started to think our show was a big puzzle, like a game they were supposed to solve.”

“(The viewers) were trying to solve the show, and it was never intended to be something to solve,” said Harris.

Instead, the show is really about how the show’s characters live their lives, the process rather than the outcome.

Co-creator Craig Thomas said, “It was our hope that this would become a show that was about the audience wanting to spend time with the cast and hearing a life story be told about the lives of these unbelievably wonderful actors.”

“We always hoped we would have a long run, and we always knew how we wanted to end it. Of course there were voices that were impatient along the way. ‘Why can’t we just get to this?'”

“But we always felt like we had the right timing up our sleeve when we reveal certain information, so we’re grateful to everyone for sticking around. It’s been a long ride, but it’s been wonderful,” Thomas concluded.