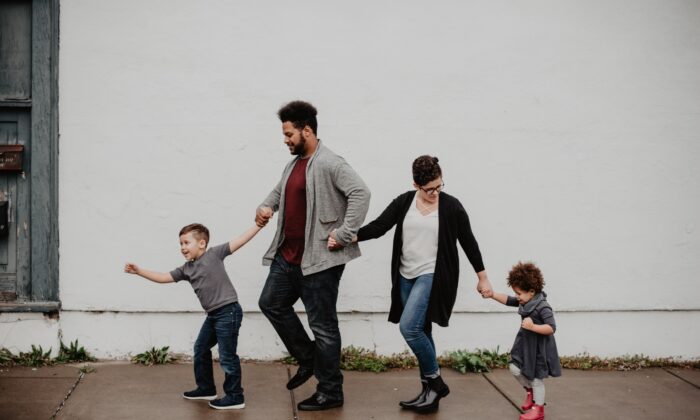 A family of four is walking on the street. (Emma Bauso/Pexels)
Australia

How Has Australian Life Changed Over the Last 20 Years?

The Household Income and Labour Dynamics (HILDA) survey by the University of Melbourne gives insights into how Australian life and attitudes have changed over the last 20 years.

The survey tracks the lives of largely the same group of 17,000 Australians, with the latest statistical report revealing various trends that emerged between 2001 and 2019.

University of Melbourne Professor Roger Wilkins, who is the deputy director of the HILDA survey, told The Epoch Times that this project is able to provide a much richer picture compared to regular surveys.

“[In other surveys, for example,] you see a certain number of people in poverty, but you don’t know whether they are just temporarily in poverty or whether it’s the same people who are poor every year or new people, so we can answer that question,” Wilkins said.

Wilkins said that contrary to the popular narrative that income inequality is becoming increasingly entrenched, it has remained remarkably stable.

“I think there’s a lot of fiction out there that Australia’s becoming a more unequal society,” he said. “When it comes to the distribution of income, which is usually what people are thinking about when they think about inequality … that gap hasn’t shifted really at all over the 20 years.”

The Gini coefficient is often used as a measure of inequality of income and wealth. It ranges between 0 and 1, where a lower number indicates higher equality. Australia’s Gini coefficient has remained between 0.293 and 0.309 since 2001.

However, what the data did reveal was a reduction in social mobility. People who are poor and one year are more likely to remain for the following year, and the situation is mirrored with high-income Australians.

“So while there’s not more inequality within a given year, I guess people are a little bit more stuck in their rank in the distribution,” Wilkins said, adding that it brought up the question of whether Australia was losing its entrepreneurial spirit.

Entering and Exiting the Workforce

The study also showed that younger Australians are now living with their parents for longer, with around half of people aged 18 to 29 still living with family compared to 41 percent in 2001.

The proportion of fresh university graduates securing work within one year after a full-time education has also fallen from 52 percent to 45 percent.

Meanwhile, older Australians are working for longer, with the retirement age of men climbing from 62 to 67 years. For women, the average retirement age rose from 61 to 65.

“Their access to homeownership has declined, their ability to get full-time employment and progress up the career ladder has declined, particularly relative to the previous generation,” Wilkins said. “So that would be something that really stands out to me.”

Discrimination in the Workplace

More Australians also reported feeling discriminated against in the workplace. HILDA only looks at discrimination on the basis of gender, age, ethnicity, religion, and parental status.

“It’s perceived as perceptions that we’re talking about here rather than reality,” he said. “When a community becomes more attuned to issues of discrimination, that can end up like seeing more of it than they did before you know that because it gets a more attention.”

“This is where I think it’s more of a function of society, trying to actually acknowledge the issue and try and tackle it that improves awareness of it.”

Fewer Australians are now smoking than before, with the proportion of daily smokers falling from 19 to 11 percent since 2001.

We’re also consuming alcohol less frequently, with the number of people who drink five or more days a week is down from 15 percent in 2002 to 11 percent.

However, obesity is rising with 59 percent of people now overweight or obese, up from 54 percent in 2006.

Meanwhile, the amount of exercise we’re doing has remained unchanged over the last 20 years. Over a third of Aussies exercise at least 30 minutes three times or more a week.

Australians under psychological distress has also risen since 2007, with 23 percent and 19 percent of females and males under distress, respectively.

Average distress scores were also high among the divorced and relatively low among the married. It was also relatively high among people never married and not in a de facto relationship.

However, the latter is attributed in part because that demographic is younger on average, and younger Australians reported higher levels of psychological distress compared to their elders.

HILDA also collects comprehensive data on household economic wellbeing, housework, time stress, self-control, attitudes towards marriage, parenting, and work, and more. The next report, due around August 2022, will reveal insights into how COVID-19 affected Australian life.