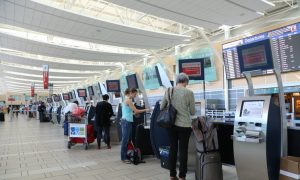 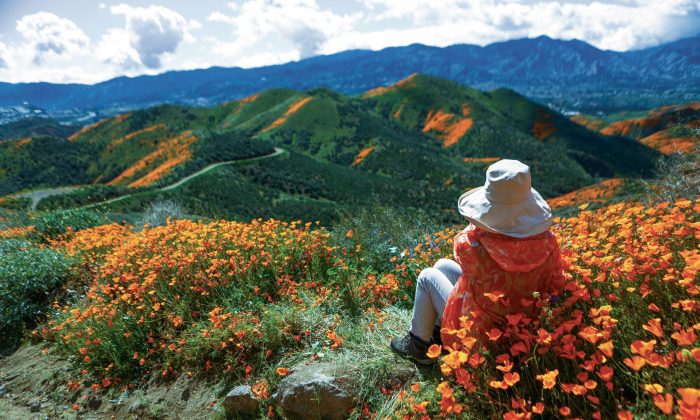 Between the likes, follows, and tweets, it can be hard to remember to stop and smell the flowers. (Mario Tama/Getty Images)
Values and Tradition

“You see how few things you have to do to live a satisfying and reverent life?” the emperor asked.

Marcus Aurelius was likely referring to physical things, but it could just as easily apply to our crammed digital life. According to a 2018 Nielsen report, U.S. adults spend more than 11 hours each day consuming media, and nearly four hours of this happens on digital devices.

The Rise of Anxiety

The effects of spending so much time being tethered to a smartphone are far-ranging. The most noticeable one may be the rise in anxiety-related disorders.

Professor Jean Twenge, who studies issues affecting young people, pinpoints the year 2012 specifically as the year anxiety disorders among teens suddenly spiked. “In all my analyses of generational data—some reaching back to the 1930s—I had never seen anything like it,” she wrote in The Atlantic.

It was that year when the percentage of Americans who owned smartphones crossed the 50 percent mark.

Newport, during his research, looked into the specific demographic of young people born after 1995, who represented for him a sort of “canary in the mine”—the first generation to enter their preteen years with constant access to digital connectivity.

At a university where he was invited to speak, he spoke with the head of mental health services, who told him that the more common teen issues had changed “seemingly overnight”—not only was there a large influx of young people now seeking mental health counseling, but the issues had shifted, primarily to anxiety-related disorders.

This is the future that could await the rest of us; for some of us, it may already be the reality. How, then, can we remain calm and sane in the face of an age where digital technology is ubiquitous?

As a solution, Newport offers a philosophy of “digital minimalism,” which he defines as “a philosophy of technology use in which you focus your online time on a small number of carefully selected and optimized activities that strongly support things you value, and then happily miss out on everything else.”

He explains the solution isn’t found in either becoming a Luddite or in embracing digital technology unconditionally, but rather in a thoughtful, intentional middle way. (He explores the case of the Amish communities’ very nuanced use of technology in his book—an unexpected example well worth looking up—where a technology is adopted after testing only if and when it is in line with community values.)

It might also be tempting to resort to a “quick fix” such as a digital detox. But one of the biggest insights I took away from Newport’s book is this: A digital detox won’t be effective unless you replace your digital activities with high-value, active pursuits.

That may mean something different for everyone, and Newport recommends different practices, from fixing or building something every week and learning new skills in the process, to joining organizations in your community where you can connect with others. As you might strategize the best use of your work time, the point is to do the same with your leisure time.

I recently got a taste of what Newport is talking about. I had noticed I was feeling more uneasy and restless after I spent time on social media apps. They had insidiously morphed from things I would check when bored while waiting in line or on my commute to things I checked first thing in the morning and late at night before bed. And I knew they were influencing my mood, and not for the better.

Around the time I said goodbye to the last social media app on my phone, I happened to be in Southern California during a momentous “super bloom” of desert flowers, an event that normally happens every decade or so.

With my family, I took a short but adventurous hike to get there, which included crossing a small river over a couple of tree trunks. Once we got there, it was like bathing in extraordinary beauty.

It was beyond compare to what you could capture in a neat Instagram square. No photo or video could capture the gentle soft touch of the breeze and the 360-degree view of golden poppies swaying in the wind, as if they were butterflies made of gold tethered on delicate stems, nor the wide expanse of the canyon hillsides, nor the mice startled out of their hiding spots.

There was a quality of warmth, and realness, to this experience, that I hadn’t felt in a long time. And sharing it with family made it all the more fun.

Since I got rid of the social media apps, my phone screen time has gone down and an interesting thing has happened—I’ve stopped checking Instagram and Twitter on my computer entirely. I don’t miss them. I still check Facebook there, but minimally.

I reclaimed not only a great deal of my free time, but regained a calmer mind, too. I also regained a sense of ownership over my life, and that has extended to other areas of my life. No doubt amidst those addictive “likes” and siren tweets, I’d ignored parts of my life that needed attention.

Everyone says there’s not enough time in a day. But imagine what you could do with an extra two hours each day.

Newport found that contrary to what many may think, they are very active and engage in strenuous activities, both mentally and physically—renovating homes, writing music, clearing trails on a homestead, and splitting wood.

Newport recalls the words of Theodore Roosevelt, who could be a poster man for such an active life. In 1899, Roosevelt said, “I wish to preach, not the doctrine of ignoble ease, but the doctrine of the strenuous life.”

We don’t need to rid ourselves of digital technology, but by putting the most important, most meaningful things first, all things can fall into their proper place. There’s a terrific feeling of being alive that comes with doing so.

Channaly Philipp is a senior editor at The Epoch Times.