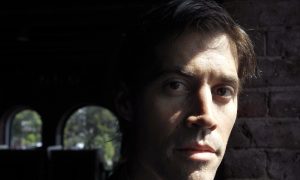 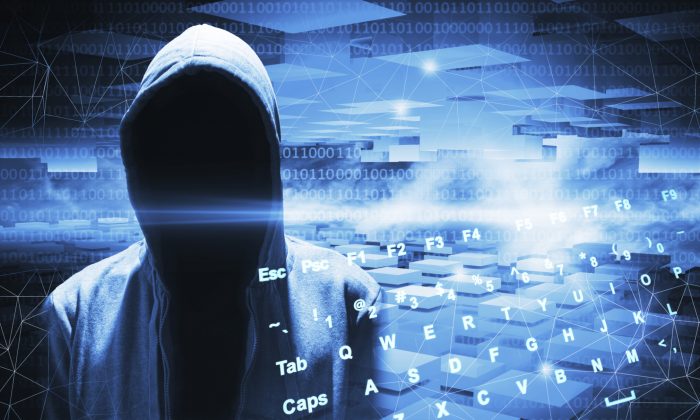 How Encrypted Communication Is Obstructing America’s Ability to Defend Itself

Security and counterterrorism officials have expressed grave concerns about ISIL’s social media savvy and its growing access to Americans whom they can radicalize, while efforts by authorities to protect the homeland are hamstrung in key areas.

Officials are aware that at least 150 Americans have travelled or attempted to travel to Syria. A classified number of Americans have returned from fighting fronts back to the United States and kept under close watch.

Of ISIL’s 50,000 fighters, approximately 15 to 20 thousand of them are from outside Syria, and 5,000 of these have foreign passports, which could give them entry into the United States.

Preventing these known terrorists from launching an attack on the homeland is a top priority for local authorities, but two issues of major concern are seriously hindering them. Both the increased prevalence of dark communication, and a near blackout of information about what American terrorists do in Syria, raise serious questions about the ability of U.S. enforcement to keep the country safe.

“I think the barbarians are at the gate,” said Rep. Michael McCaul (R-Texas), chairman of the Committee on Homeland Security, and the man who called the officials to testify on Wednesday, Feb. 11.

While many of those who have returned are familiar to U.S. authorities, said Hon. Nicholas J. Rasmussen, director of National Counterterrorism Center Office of the Director of National Intelligence, “we have always assessed that there is more information that we have not been able to collect and it is possible that there are greater numbers.”

“We only know what we know,” he, and other officials said repeatedly while expressing concerns about the roadblocks to gathering further intelligence.

Officials from the Department of Homeland Security, the National Counterterrorism Center, and the Counterterrorism Division of the FBI identified before the House committee the first problem of social media and online communications “going dark.” They referred to the increased use of encrypted communication, which makes it impossible for authorities in some cases to detect.

“The risks associated with going dark are grave,” said Michael B. Steinbach, assistant director of the Counterterrorism Division at the Federal Bureau of Investigation, U.S. Department of Justice.

The threat is diverse and evolving, Steinbach affirmed, adding that real terror threats originate on social media, and that U.S. companies are not always willing to cooperate as authorities would like.

He expressed his concerns about the backlash from former security contractor Edward Snowden’s release of classified information about the NSA’s surveillance activities.

He said the FBI still operates under the “reality of structured law enforcement,” and that perhaps the public needs more education “that we are not looking to snoop where we are not suppose to snoop.”

Responsibility of US Firms

Related to dark social is the reluctance of U.S. companies to cooperate with the government and law enforcement authorities, as most companies are not currently required to allow for lawful intercept.

It is “creating a serious homeland security vulnerability,” said Rasmussen of the challenges companies face with enforcing terms of service violations of interest to counter terror operations.

McCaul said the problem is that “terrorists can communicate without any ability for authorities to intercept that.”

Further, Apple, and soon Android, will release software that makes encrypted communication widespread and easy to use. But this will only make it easier to access the largest social media platforms, as currently terrorists can and do use smaller social media companies that exist outside U.S. borders and enforcement authority.

There is great interest in talking with Twitter, Facebook, and others (the FBI has a team on the ground in the West Coast now) and getting them on board with the realities of counter terror, said Steinbach.

An upcoming conference scheduled by the president will be a forum for that discussion, officials said.

The Rise of Social Media Terror

Contributing to the dark social concern is that ISIL’s media capabilities are robust and effective, more effective than Al-Qaeda ever was, said Hon. Francis X. Taylor, under secretary of Intelligence and Analysis with the U.S. Department of Homeland Security.

Over 250 official ISIL products have been published on the most popular social media tools youTube, Facebook, and Twitter, often with follow on links and increasing translations—all accessible to individuals in the United States who have radical tendencies.

And ISIL can then use social media to identify and recruit these individuals to further radicalize them.

Who Are the Homegrown Terrorists?

The second concern is the black box that Syria itself presents because Americans do not have intelligence agents on the ground there.

When it comes to identifying radicalized individuals, we seek to determine the root cause of their travel, what they did in Syria, and they look for prosecution or some other disruption, said Steinbach, adding that however we only know what we know.

While it is known that at least 150 Americans have gone to Syria to fight and some have returned, officials said there may in fact be more that they do not know about.

“We have always assessed that there is more information that we have not been able to collect and it is possible that there are greater numbers, said Rasmussen, adding it is the top of the agency’s authority list, but “that it is exceptionally challenging to collect information in Syria because we do not have feet on the ground.”

“The information we have about foreign fighters traveling to the conflict zone stops when they get there,” he said.

Aside from a lack of intelligence in Syria, cooperation with other partner countries is clearly another concern.

The concern is that EU partners are not fully cooperative, that the brothers in the France terror attack on Charlie Hebdo that left 12 people dead were on a no-fly list identified by U.S. intelligence that foreign partners had access to, but they were not stopped.

Sharing information among partners is “critical to our ability to detect” threats, said Steinbach, who added that work on that front has been ramped up since the France terror attack.

According to Rasmussen, in terms of granular intelligence on specific individuals, communication is very good, however, he expressed concerns about the limitations on the part of Europe in sharing data on a large scale.

A final terror threat that is related to the problem of a lack of intelligence in Syria is the difficulty of detecting potential terror links among Syrian refugees accepted into the United States.

The United States plans to take in Syrian refugees at the rate of 1,000 new applications per month, according to a December 2014 press release. The United Nations put the number of Syrian refugees in the millions.

Local authorities affirmed that the group of refugees is a concern. Steinbach said the main concern is that in Syria there are not enough people on the ground to get the necessary information to allow the U.S. to vet them.

CORRECTION: A previous version of this article incorrectly referred to the problem of dark social. In fact, the reference was to “going dark,” meaning the use encrypted communication. Epoch Times regrets the error.