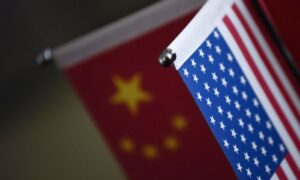 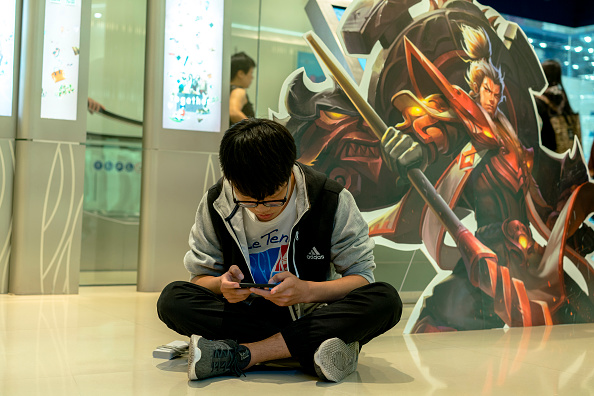 A young player practices outside a shopping mall, where a battle match of mobile game Honor of Kings is held in Tianjin, China on Oct. 1, 2017. (Zhang Peng/LightRocket via Getty Images)
China Business & Economy

How Chinese Game Developers Get People Hooked on Online Games

Online games are known as “electronic drugs” in China. Many Chinese, including young children, have become addicted, spending large sums of money on playing games and, in extreme cases, becoming seriously injured as a result of game-binging for long periods.

Chinese gaming companies are using deceitful methods, such as hiring fake players, to manipulate users into spending more and more money to purchase more and more expensive items within the games.

In another case in Changsha City, Ms. Song’s 11-year-old daughter, Xiaoyu, spent nearly 8,000 yuan in a few days playing “Honor of Kings,” a multiplayer online battle game, published by Chinese internet giant Tencent. The game had more than 80 million daily active players and 200 million monthly active players as of July 2017, according to Technode. One in seven Chinese people play it. And among the population born after 2000, more than 20 percent play the game.

To get to higher levels in these popular online games, players have to purchase in-game items, such as swords, spears, shields, and other weapons. Chinese gaming companies use methods such as hiring game “promoters,” who pose as players in the game, to entice users to purchase more.

To learn how specifically these companies hook players, a reporter at CTV went undercover to apply for a job as a promoter at a network technology company in Hunan Province.

A game promoter’s job is to disguise himself as a player and hook other players into playing the game more by adding them as friends on social media and eventually getting their contact information. The promoter can then easily prod the player to join him in playing the game.

The company’s promotion team leader, identified only by the surname Xie, told the reporter that guiding online users to play the game is the first step. The ultimate goal is to lure the players into spending money within the game, after which the promoter can get a cut of what is earned from the player.

These online games typically have many kinds of ranks and levels. Promoters will create multiple game “accounts” to constantly play with a single player. The goal is to create “virtual happiness” and a sense of “virtual honor” for players who advance to higher levels, according to the CTV report. Motivated to keep reaching higher levels, these players will continue to buy more “powerful” items in the game, Xie told the undercover reporter.

Xie said the game will constantly update with rare and expensive items for players to purchase. Meanwhile, game promoters easily obtain those rare items through the companies’ internal accounts, without spending any money. Under the persuasion of these promoters, players will spend more and more money to beat the promoters.

Video games are highly profitable for Chinese game developers. According to Tencent’s most recent financial report released in March 2018, its revenue in the fourth quarter of 2017 grew by 51 percent compared to the same period last year, more than a third of which is attributed to revenue from online and mobile games.