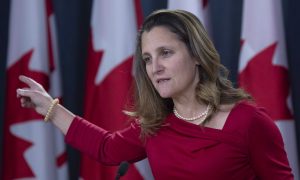 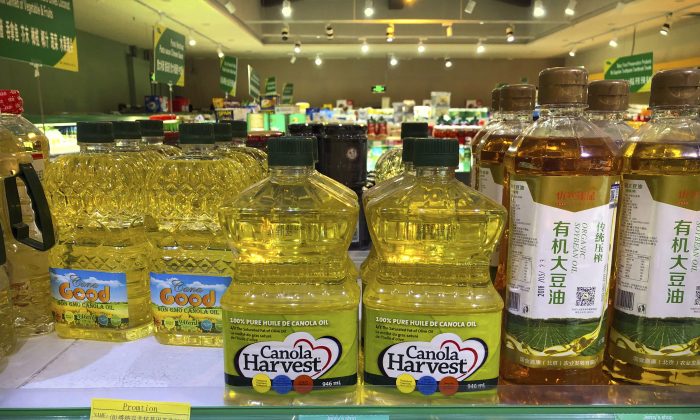 After using “hostage diplomacy,” China is now increasing the pressure on Canada via commercial means. But what can Canada do against the world’s second-largest economy? The government’s current tack of polite urging is drawing criticism for not changing the dynamic between the two countries.

China experts suggest immediate measures along with longer-term strategic initiatives. Some say that Canada’s stick is not big enough and that leaning on Washington is the way to go. Above all, critics say Canada needs to show a strong backbone.

China’s latest attempt to pressure Canada after the arrest of Huawei executive Meng Wanzhou is to block exports of canola—a truly Canadian product—that were worth $2.7 billion in 2018, according to the Canola Council of Canada (CCC). This is coming after China’s detention of Canadians Michael Kovrig and Michael Spavor and death sentence for Robert Schellenberg.

China’s claim that the canola is infested with pests was challenged by the CCC and the Canadian Food Inspection Agency. The ban is a well-known Chinese tactic—using commercial interests for political purposes. China represents 40 percent of Canada’s market for the crop.

Trade between Canada and China basically functions as follows: Canada sells China agricultural products, buys way more in manufactured products, and watches its trade deficit swell. In merchandise trade in 2018, that deficit was about $48 billion, and the canola ban will only make that worse.

“For China, foreign and trade policies are always intertwined,” wrote Sylvain Charlebois, senior fellow at the Atlantic Institute of Market Studies, in a Troy Media op-ed. He thinks pork, beef, and lobster could be the next products China bans to ramp up pressure.

Depend Less on China

Clive Hamilton, public ethics professor at Charles Sturt University in Canberra, described in his book “Silent Invasion” how China applies economic pressure to Australia’s most vulnerable points. He has said Australia is a bit further ahead in the game of dealing with China than Canada is.

But he urges that if Australia values its freedom, it needs to remain resolute and take the pain.

“Experience shows, however, that Beijing backs off when others stand up to its economic bullying,” he wrote. He recommends that Australia diversify its economy away from China and forge stronger ties with India—the other Asian giant—as a counterbalance.

“Our naivety and our complacency are Beijing’s strongest assets. Boy scouts up against Don Corleone,” Hamilton wrote.

Canada has often been accused of naivety and complacency in dealing with China. The same can’t be said about the United States, at least under President Donald Trump.

Veteran journalist and author of “Claws of the Panda” Jonathan Manthorpe wrote that it’s hard to believe that in the past three decades practically no cases of espionage generated by the Chinese Communist Party (CCP) have been brought to a Canadian court, while there is a “steady stream of prosecution of CCP operatives for stealing technologies that are also available in Canada.”

That Canada has not yet banned Huawei from the construction of 5G networks runs counter to what the majority of the members in the Five Eyes intelligence alliance are doing. Canada’s reputation among international allies is weakening.

Trudeau has been criticized for not picking up the phone and calling Chinese president Xi Jinping. A recent Angus Reid survey showed that a majority of Canadians do not approve of the Liberal government’s handling of the Sino-Canada relationship stemming from the Meng arrest.

Canada is slowly catching on to ways in which China is damaging Canadian society. Historically, it has been lax in clamping down on money laundering, and fentanyl keeps finding its way into the country.

Charles Burton, a political science professor at Brock University, noted in an op-ed for The Globe and Mail that there are no Chinese names on Canada’s list of people sanctioned under the Magnitsky Act. Under this law, such Chinese nationals linked to corruption and human rights violations would have their assets frozen in Canada and be subject to a travel ban, as has been imposed on officials associated with Venezuela’s socialist dictator Nicolas Maduro.