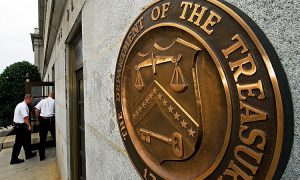 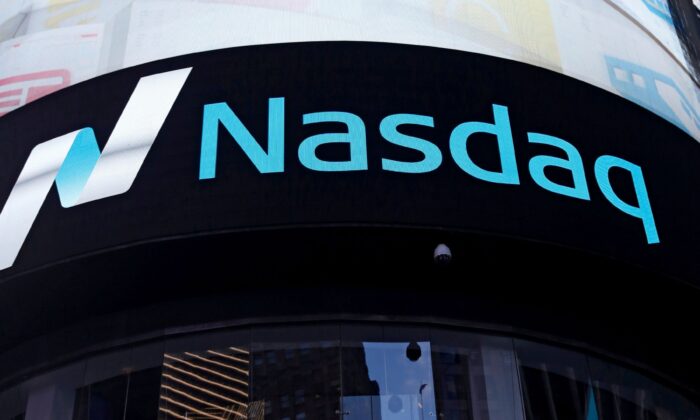 A view of the exterior of the Nasdaq market site in the Manhattan borough of New York City on Oct. 24, 2016. (Shannon Stapleton/Reuters)
Viewpoints

Ned Davis Research estimates that a 2 percent yield in the U.S. 10-year bond could lead the Nasdaq to fall 20 percent, and with it, the entire stock market globally. A 2 percent yield can cause such disruption? How did we get to such a situation?

Central banks have artificially depressed sovereign bond yields for years. Now, a small rise in yields can cause a massive market slump that evolves into a financial crisis.

Quantitative easing was designed as a tool to provide liquidity to a scared market and benefit from exceptionally attractive valuations of the lowest-risk assets—sovereign bonds. Central banks would cut rates and purchase these high-quality, low-risk assets from banks, thus allowing financial entities to lend more to businesses and families, and strengthen confidence in the economy. Once financial conditions improved, central banks would reduce their balance sheet and normalize policy.

Central banks started purchasing sovereign bonds at rock-bottom valuations and continued buying them when they went from being underpriced to massively overpriced, regardless of the state of the economy, maintaining purchases in growth periods. That led to the European Central Bank purchasing sovereign bonds even when governments were enjoying negative real and nominal yields in their issuances. Bond yields became so low that the gap between bond prices and the reality of risk and solvency of the issuer widened to extreme levels. Southern Europe sovereign bonds “traded” at all-time high prices and historic-low yields despite worsening deficits and weaker economic conditions.

The Federal Reserve did the same. Throughout the growth periods, Janet Yellen and Jerome Powell continued with aggressive asset purchases and low rates, bringing the 10-year sovereign bond yield to an abnormal level for a growing or recovering economy.

What happens when the central bank makes the highest-quality and lowest-risk asset extremely expensive? Savers take more and more risk for lower yields in other assets and the perception of risk is clouded, driving investors to take too much risk in equities and bonds because the central bank is manipulating the most important risk signal: rates.

Interest rates are the price of risk. Eternally and artificially depressed rates create bubbles and the roots of the next crisis.

Central banks tell us that rates are low because the market demands them. However, they won’t allow rates to float freely, and when bond yields rise with a mild bounce in inflation expectations, central banks immediately step up purchases and yield curve management policies, which shows that such an excuse is simply false.

Think about this for a second. A mild increase in U.S. 10-year bond yields to 2 percent, a more than logical move considering inflation expectations and the recovery of the economy, may cause a financial crisis, not because of this modest rise, but because of the massive level of risk built into the economy from the prior artificial depression of those yields.

A small bounce in yields would simply collapse the massive house of cards of risk built into the economy when rates were manipulated down at any cost.

What mainstream economists call a “rate tantrum”—rates go up, markets down as investors unwind risk-on bets—is, in reality, a “rate hangover”—waking up from a binge-drinking fest of disproportionately low rates for too long. The worst is that rates are so abnormally low anyway and risky bets so high that even a set of dovish messages from central banks can’t prevent a correction.

Why? A 2 percent yield in the U.S. 10-year bond would generate a massive outflow of capital from emerging markets, driving their bond yields to unsustainable levels, because in past years, these economies have been accustomed to believing that twin deficits and massive imbalances are the way to go.

This wouldn’t just happen in emerging markets. The riskiest assets—high-yield bonds and cyclical equities—as well as those sectors that benefitted the most from low rates and high liquidity—technology—would suffer together. This reaction would make it impossible to hide from an abrupt market correction because the correlation built in the past 10 years is simply too high. Falling tech stocks? Falling “value” stocks as well.

What worries me the most is that most consensus comments are saying that central banks should accelerate financial repression to avoid a market slump. Instead of paying attention to the risks built in the past decade due to abnormal rates and bond valuations, instead of raising the alarm on the numerous bubbles we can see in markets, most are asking central banks to inflate the bubble further at any cost.

However, this time it may not work. Why? Because this time, inflation is actually rising, and rates rise even with central bank dovish policies and financial repression. You wanted inflation, you got it. What is the problem of a bounce in inflation if the economy is recovering strongly? The problem is that, for years, investors have been told to take massive and rising risk betting on one thing and the opposite: that the economy is going to grow, and inflation recover, but central banks will keep low rates and high liquidity, regardless.

There’s no problem in a 2 percent U.S. 10-year bond yield in normal conditions of a growing economy with 2 percent inflation. There are a lot of problems when entire markets have based their valuations on inflationary policies not generating inflation.