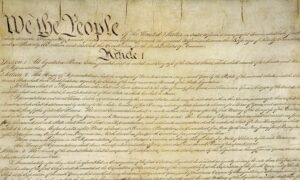 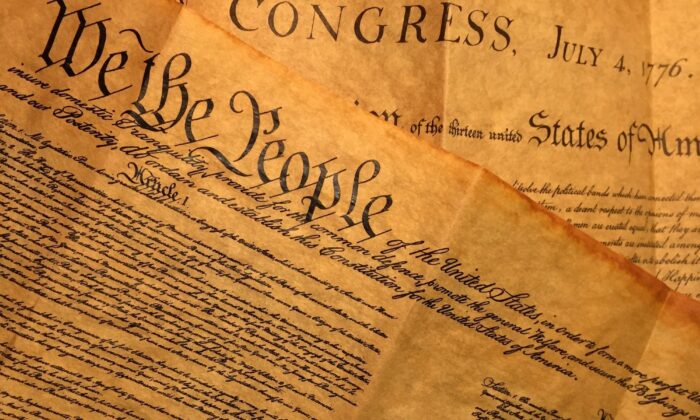 How a ‘Convention of States’ Really Works

In an earlier, widely shared, essay I contended that state legislatures should require Congress to call a “convention of the states.” Article V of the Constitution empowers such a convention to propose constitutional amendments to correct federal dysfunction. Any proposals would have to be ratified by three-fourths of the states (38 of 50).

The Constitution’s framers added the convention mechanism to allow states to bypass Congress and amend the Constitution if the federal government abused or exceeded its powers.

This essay explains how the procedure works. This information comes from many years of academic research on the constitutional amendment process. No one paid for my conclusions, and they sometimes contradicted my earlier beliefs.

This is no accident: A disinformation campaign began in the 1960s and continues to the present day. Liberal commentators initiated the campaign (pdf) to frighten the public against a convention. They feared that it might propose amendments to overturn liberal Supreme Court decisions or require a balanced federal budget.

Establishment newspapers (pdf), among them the Washington Post and the New York Times, aided the campaign. Academics—whose only unifying characteristic is that they have no scholarly publications on the subject—joined the chorus.

This disinformation has been so successful that many Americans have been duped into thinking that the convention procedure is somehow evil. In fact, it is one of the Constitution’s most important checks and balances. Many of our current ills flow directly from our failure to use it.

Convention opponents often claim that constitutional amendments will have no effect. History shows they are flat wrong. Over the past 230 years, amendments have been powerful tools for reform. We obtained our Bill of Rights through amendments. The Civil War did not finally abolish slavery; an amendment did that. Amendments have curbed abuse of minorities, assured women the vote, and limited the president to two terms.

Why hasn’t it happened? Because Congress refuses to propose a term limits amendment, and we haven’t had the guts to call a convention to propose one.

The Founders created the amendment process for four distinct reasons: to resolve disputes over constitutional interpretation, correct drafting defects, respond to changed conditions, and forestall and correct abuses. During the first 15 years of federal operations, the founding generation adopted amendments for all those purposes. Opponents err when they claim that the only reason for the amendment process was to correct drafting errors.

Article V outlines the amendment process, but like any other part of the Constitution, you must read it in historical context. Every informed student of the Constitution knows that when the document uses specialized phrases, we have to examine the historical record to fill in the details. The Supreme Court recently did just this with the constitutional phrase “trial … by jury” (pdf).

Fortunately, the amount of historical and legal clarification we have for Article V is enormous, so when you hear charges that Article V is “vague” or “sketchy,” chalk it up as a confession of ignorance.

Article V tells us that before the states may ratify an amendment, it first must be formally proposed. It provides four paths to amendment. (Common claims that there are only two methods are also erroneous.) The paths are:

(1) Proposal by two-thirds of each house of Congress, followed by ratification by popular conventions in each state. This method was used to adopt the 21st Amendment, repealing Prohibition.

(2) Proposal by two-thirds of each house of Congress, then ratification by state legislatures. This method was used for the other amendments.

(3) Proposal by a “Convention for proposing Amendments,” then ratification by popular conventions in each state.

(4) Proposal by a “Convention for proposing Amendments,” then ratification by state legislatures.

A “Convention for proposing Amendments” is merely one kind of convention of the states. There is no serious doubt about this: The historical evidence is massive (pdf) and includes a decision by the U.S. Supreme Court (pdf).

The Founders chose the convention-of-states device because it had been widely, and successfully, used (pdf). The first gathering of that sort (actually a convention of colonies) had been held in Albany, New York, over a century earlier. There had been about 20 more during the colonial era, and another 10 between 1776 and 1787.

Most interstate conventions have been limited to colonies or states within a particular region. But at least seven have been “general” (national), including the 2017 Phoenix confab.

Thus, another common claim—that the 1787 gathering is the only convention precedent—is also wide of the mark.

An early draft of the Constitution would have allowed a convention of states to both propose and ratify amendments. (Opponents’ contention that an amendments convention was merely the framers’ afterthought is likewise erroneous.) In the final draft, either Congress or a convention could propose and only the states could ratify.

When the Constitution became public, many people were concerned that it gave the federal government too much authority. The document’s supporters, however, pointed out that the convention mechanism gave the states complete power to amend—even against federal opposition. Without the convention device, the public probably would have rejected the Constitution. Indeed, without the threat of an amendments convention, Congress probably never would have proposed the Bill of Rights or the two-term limit on the president.

The convention of states procedure begins with an invitation known as a “call.” For most conventions, a single state can issue it. For example, the state of Virginia called the 1787 Constitutional Convention, set the place and time, and defined the convention’s purpose. (The common story that the Confederation Congress called the convention, which then exceeded its power, is another fable (pdf)).

But for conventions formally proposing amendments, Article V prescribes a uniform method of call: When two-thirds of the state legislatures (34) adopt “applications” demanding that Congress call a convention on a particular subject, Congress must call. Its call sets forth the place, time, and state-designated subject matter.

Then the legislatures of the participating states either select their convention commissioners (delegates), or designate procedures for doing so. The states give the commissioners their instructions and define their powers (“agree to this, don’t agree to that”). Modern claims that a convention of states is “uncontrollable” are wildly erroneous. So also are assumptions that commissioners are popularly elected.

The convention then meets at the prescribed place and time. No state is forced to attend, but if a state does not do so, obviously it cannot vote—although it can refuse to ratify.

Convention-of-states procedures are well established. Each state has as much voting power as any other state. No convention has ever changed this rule. So the common claim that convention voting standards are a “mystery” is likewise wrong. So also is the myth that Congress can control a convention.

The convention next adopts rules, elects officers, and sets up committees. It debates whether to propose amendments within its area of authority. If it decides not to, then it adjourns. If it decides that amendments are warranted, it drafts them, formally proposes them, and adjourns. A convention is, by definition, temporary.

In addition to being constrained by the call and by state instructions, the Constitution limits the assembly to proposing amendments to “this Constitution.” Frantic claims that it’s a “constitutional convention” … or that it can issue a new document or “radically re-write” the existing one … or change the ratification procedure—none of these have any legal or historical basis. They are, in the words of one constitutional scholar, “rhetorical ploy[s] to terrify sensible people.”

After one or more amendments are proposed, the ratification procedure is the same as for any other amendment.

The courts may resolve disputed questions. In fact, there have been nearly 50 reported judicial decisions on Article V from all levels of the judiciary. The first reported case was issued in 1798, the two most recent in 2018. The principles for applying Article V are well established, and rely heavily on historical practice. The common claim that courts do not adjudicate Article V cases is categorically false.

What kinds of amendments might a modern convention consider? Fifteen state legislatures have adopted applications based on a model proposed by the “Convention of States Project:” a convention limited to proposing (1) term limits for federal officials, (2) fiscal limits on the federal government, and (3) reductions in the size and scope of the federal government. Topics outside those three items would be outside the convention’s scope.

No significant national group is pressing for a “plenary” or unlimited convention. Unlimited conventions have been rare at the state level and nonexistent at the federal level. And with good reason: A convention is a task force, and when you convene a task force you give it a specific job. You don’t say, “Do whatever you want and propose whatever moves you.” Moreover, there are multiple enforcement mechanisms to ensure a convention remains within its agenda. Contrast that with the lack of restraint on Congress.

In my view, a constitutional amendment imposing term limits or imposing more limits on Congress would be a good idea. True, some argue that we should continue to rely on remedies like electing good people, lobbying, bringing lawsuits, and public education. I’m in favor of those things, but we’ve been doing those for decades and our country is worse off than ever. Reforms by even the wisest federal officials have proved to be short-lived. A course advocated by some of the woolier organizations, widespread nullification, is both impractical and likely unconstitutional.

So what remains is the course the Founders themselves prescribed: a convention of states for proposing corrective constitutional amendments.

Let’s get it done.

Robert G. Natelson, a former constitutional law professor, is a senior fellow in constitutional jurisprudence at the Independence Institute in Denver, senior adviser to the Convention of States project, and moderator of the Article V Information Center website. He is the nation’s most published active scholar on the constitutional amendment process. He authored a legal reference book on Article V. His most recent scholarly article explains the nature of amendments conventions.