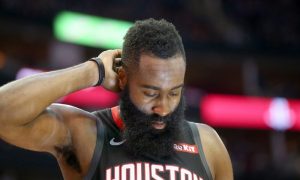 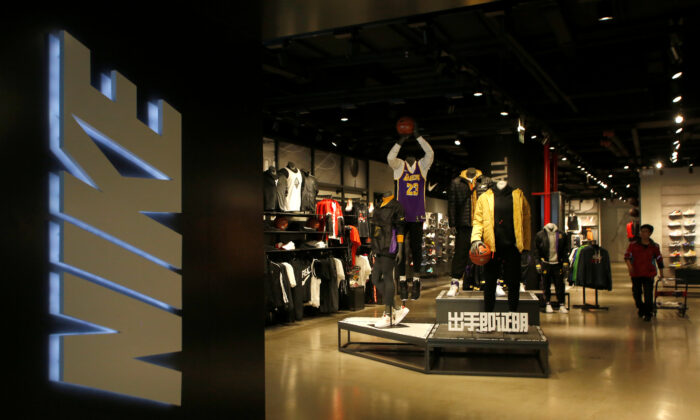 Houston Rockets sneakers and other merchandise were pulled from several Nike stores in major Chinese cities amid the furor surrounding a Twitter post from the team’s general manager in support of the Hong Kong protests.

Managers at five Nike stores in Beijing and Shanghai told Reuters during visits on Oct. 10, they had been told in recent days via a memo from management that all Rockets merchandise had to be removed. Reuters was unable to view the memo.

Despite the controversy, the NBA was pressing ahead with an exhibition game between the Los Angeles Lakers and Brooklyn Nets in Shanghai on Thursday night. Promotional events earlier in the week had been canceled.

The stakes are high for NBA, whose league business in China is said to be worth more than $4 billion. The world’s most populous nation is Nike’s top source of revenue growth as other regions slow.

Nike and its China office did not respond to multiple Reuters requests for comment.

A specialist NBA store at Super Brand Mall, a major shopping center in the Shanghai financial district of Lujiazui, has also removed all Rockets-related merchandise.

“Other stuff, there hasn’t been any impact, and no one has said we need to withdraw it,” said a store manager, laughing. “If they say that all NBA stuff has to be withdrawn then our store will go bankrupt.”

“Rockets products were hot before and when you stepped into the store, it was full of red. Now, it is mostly yellow and blue,” the colors of the Golden State Warriors, said a manager at the Shanghai Playzone, who like the NBA store employee declined to be identified because of the sensitivity of the issue.

NBA China did not immediately respond to a Reuters request for comment about the entertainment centers.

Searches for sneakers with the NBA logo on Alibaba and JD.com also yielded no results. Those include collaboration sneakers marketed with brands such as Nike and Carlyle-backed Supreme.

A handful of individual online merchants still sell the sneakers.

Alibaba, which declined to comment, told domestic media that Morey’s comments had seriously hurt the feelings of the Chinese people, and that there was no room for negotiation.

JD.com, which also did not comment, told local media that the firm deeply resented and strongly condemned Morey’s remarks.

Two of the largest online resale marketplaces for sneakers in China have also removed all branded shoes connected to the NBA, according to four sneaker traders.

A Reuters search on Poizon and DoNew’s apps with the keyword “NBA” returned no results.

Poizon did not respond to an emailed request for comment and phone calls to DoNew’s office in Shanghai went unanswered.

“As long as the bosses of Nike and Adidas don’t come out and say something stupid and get banned by China’s central government, I think sneaker resales in China will remain pretty profitable,” said Zhu Junwen, a reseller in Guangzhou.

Adidas is in the middle of a reported $200 million, 13-year endorsement contract with Houston Rockets star guard James Harden, who is the centerpiece of the apparel maker’s basketball shoe lineup.

“But if [Nike and Adidas get banned], that would be the end of it,” Zhu said.

By Ryan Woo and David Stanway