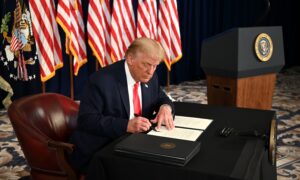 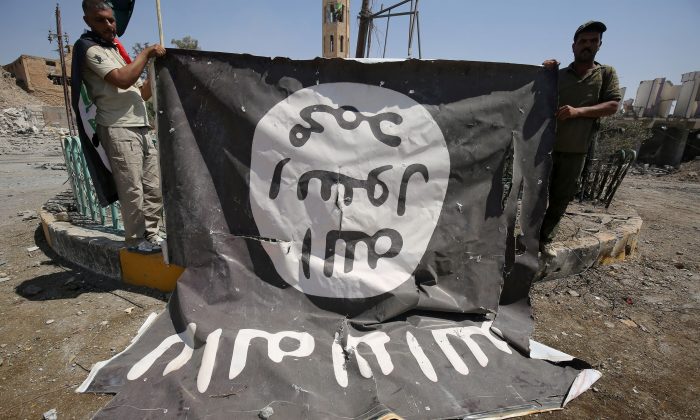 Fighters from the Hashed al-Shaabi, backing the Iraqi forces, pose for a photograph with a flag of the ISIS terrorist group in Tal Afar's Qalea central district during an operation to retake the city from the jihadists on Aug 27, 2017. (Ahmad Al-Rubaye/AFP/Getty Images)
US News

WASHINGTON—An 18-year-old Houston man was charged on Monday, Dec. 11, with trying to support the radical group ISIS and distributing information about how to make bombs, the U.S. Justice Department said.

Kaan Sercan Damlarkaya, who is a U.S. citizen, was arrested on Friday in Houston after the filing of a criminal complaint by federal prosecutors, the Justice Department said in an emailed statement.

This followed an investigation by the Federal Bureau of Investigation (FBI) that found he had allegedly said he planned to travel overseas to fight for ISIS or failing that, commit an attack in the United States, the statement said.

“The charges also indicate Damlarkaya asked if he could provide a farewell video to be published should he follow through with an attack resulting in his death in order to inspire others,” the statement said.

Damlarkaya also told undercover FBI agents and other sources through online communications how to build AK-47 or AR-15 assault rifles with easily available parts and how to make a pressure cooker bomb, the statement said.

The criminal complaint alleges that Damlarkaya claims to have attempted to get to Syria on two occasions, but failed.

It was not immediately clear if Damlarkaya had a lawyer.

He is being held pending a detention hearing set for Dec. 14.

Support The Epoch Times by sharing this article. Thank you!