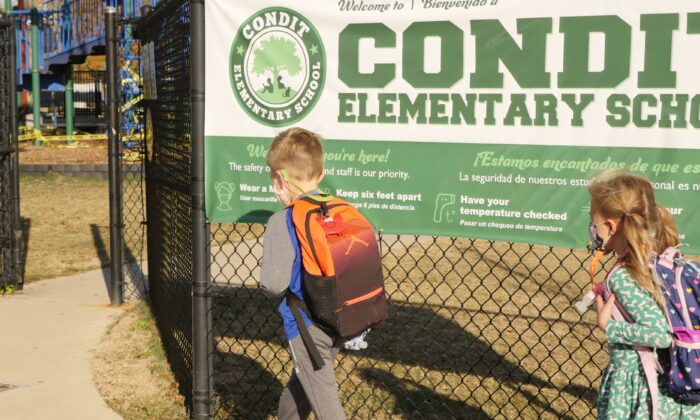 Houston Independent School District (ISD) trustees on Aug. 11 passed a motion that will allow $2 million in funding for more firearms and shields for the district police.

The decision comes after Superintendent Millard House II said last week that the district was not prepared to handle an active shooter attack with its current equipment.

Trustees debated for an hour before voting 6–3 on the measure, The Houston Chronicle reports.

Specifically, the measure will allow for the purchase of 200 rifles, rifle ammunition, and 200 ballistic plate shields for the district’s police department.

Trustee Dani Hernandez had initially suggested postponing the measure by a week pending further specific information regarding the decision, explaining: “I need more information about the broader safety plan for the district in general. At this time, I don’t believe I have all the information I need. I don’t think that we have explored all options at this point—safety is essential for HISD.”

However, that suggestion was ultimately overruled by voters in a 3–6 vote.

The Texas Civil Rights Project, a nonprofit organization that advocates for voter rights, racial and economic justice, and criminal justice reform had also opposed the measure providing funding for the rifles and shields.

“We have repeatedly demanded that HISD stop over-investing in school policing, but time and time again, HISD has failed to act in the best interest of the community and its students. Rather than spending that money on counseling and social work services to serve their students more holistically,” the organization said in a statement to ABC13 Houston.

‘No Emotions Like Looking at Your Child in a Casket’

However, supporters said the funding would allow police to better respond to mass shootings or other emergency incidents.

“I see the emotion on this dais but there are no emotions like looking at your child in a casket,” said Trustee Kathy Blueford-Daniels, whose son was killed by a shooter roughly 16 years ago in a case of mistaken identity, according to The Houston Chronicle. “If the chief will have enough ammunition to slow down someone coming in … I’m all for it.”

The motion to pass the latest measure follows the mass shooting at Robb Elementary School in Uvalde, Texas which left 19 children and two adults dead. That deadly shooting has prompted schools across Texas and the rest of the country to assess the safety protocols they currently have in place.

Thursday’s vote also follows HISD Superintendent Millard House II’s comments last week that the police department would not be prepared if it were to be targeted by an active shooter.

“I think there are very few school districts that are prepared for an active shooter with an automatic weapon,” House said in a news conference Wednesday, ABC13 Houston reports. “That’s a very different type of perpetrator.”

The Superintendent praised Thursday’s passing of the motion and said it would ultimately provide better protection to the district should an active shooter situation occur.

“I mentioned last week we’re not increasing the number of guns that we have for a particular reason,” House said during the meeting, according to ABC13. “The bigger issue here is assuring that (officers) have all of the tools possible so that they can be as safe as possible and provide the kind of safety that we want them to provide for our campuses.”

Meanwhile, HISD’s Police Chief Pete Lopez told the news outlet that strict policies and procedures will be enacted to ensure that the rifles are only used in the event of an active shooter or emergency and not by police walking around campuses.

“The equipment we purchase that the board approved is mainly for active shooter incidents,” Lopez said. “Officers are not going to be walking around campuses with rifles slung across their back or their shoulders, or carrying shields.”

Lopez added that HISD, in addition to bolstering its equipment supplies through the vote, has also changed perimeter fences on campuses and further advanced its security camera system to better protect against an active shooter situation.

They are also conducting exterior door checks and will continue to do so once a week throughout the school year, according to Lopez.