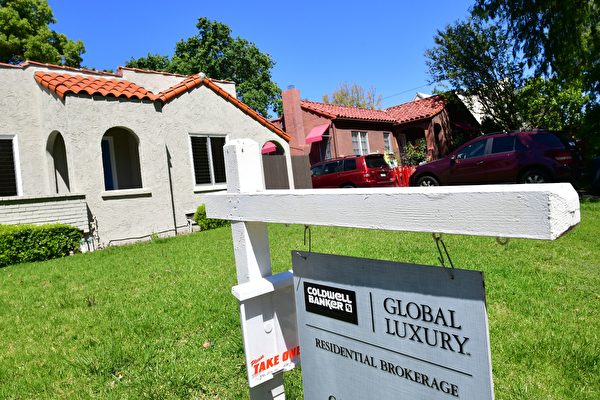 A for sale sign is seen near a house in South Pasadena, Calif., on April 24, 2020. (Frederic J. Brown/AFP via Getty Images)
Business & Markets

Housing Prices Could Fall by 20 Percent in 183 Cities Across US: Study

According to a new study published in Fortune, if the U.S. economy falls deeper into a recession, housing prices could dip by as much as 20 percent in 183 cities nationwide.

The data from Moody’s analytics reveal that 183 of the 413 top housing markets are “overvalued” by more than 25 percent. If the slump in the housing market continues, it could translate to a price decline of as much as 20 percent in those markets.

Talking about the overall market, the outlet quoted Moody’s chief economist Mark Zandi saying that home prices would either drop around 5 percent or stay the same.

According to Moody’s report, the Boise market is overvalued by 72 percent, and homes in Charlotte are overvalued by 66 percent. While in Austin, Texas, the real estate market is 61 percent above its actual value.

Fitch Ratings estimates prices are falling by about 15 percent nationwide, and economist Robert Shiller, who predicted the 2008 housing crash, estimates a decline of around 10 percent, the report indicated.

Last week, the National Association of Realtors reported that July existing home sales dipped 5.9 percent from June and 20.2 percent compared to the previous year, caused at least in part by rising interest rates.

Earlier this month, housing industry advisor Zonda mentioned that the real estate market was slower than expected, moving from June to July, forecasting the shift in demand in response to higher borrowing costs and economic uncertainty.