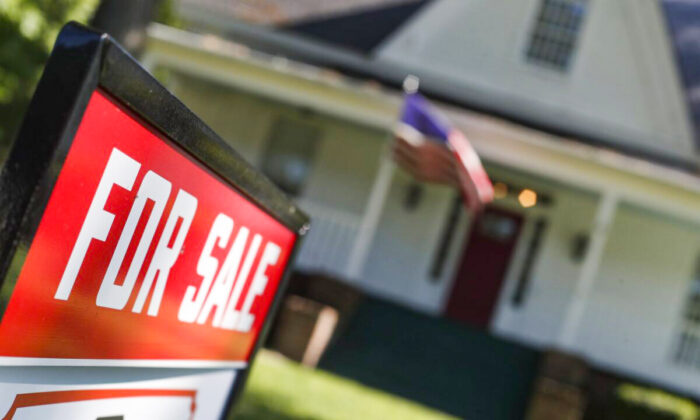 According to the April report from Realtor.com, the median listing price advanced 14.2 percent year-over-year to $425,000. Housing experts suggest that the typically busy spring buying season will be notably competitive.

“Despite moderating demand, the U.S. median home price hit yet another all-time high and accelerated over the March annual growth pace in April,” the real estate listings website said in a statement.

But there is another trend that has caught the eye of economists: the home-price-to-median-household-income ratio. This figure climbed to an all-time high of 7.72 in January. The previous record high was 7.03 in November 2005.

A Market Bubble or Long-Term Trend?

“A household earning $75,000 to $100,000 can currently afford to buy 51% of the active housing inventory,” according to a joint report by the National Associations of Realtors and Realtor.com. “Nevertheless, that same household could afford to buy 58% of the homes for sale in 2019. Thus, during the pandemic, affordability for households in the income bracket $75,000-$100,000 dropped by 7 percentage points.”

Today, the average 30-year mortgage rate is north of 5 percent, according to the Mortgage Bankers Association (MBA), up from around 3 percent the same time a year ago. In addition, it is estimated that the typical U.S. household would need to spend nearly one-third of its monthly income to make a mortgage payment.

This upward trend in mortgage rates is pricing many prospective homeowners out of the market, says Nik Shah, the CEO of Home LLC, a down payment assistance provider for homebuyers.

“In late 2020, the typical U.S. resident could afford to buy a home worth 48 percent more than the median-priced home in the country,” Shah told The Epoch Times. “In 2022, thanks to rising mortgage rates and home prices, that’s reduced to only 5 percent.”

“The mortgage market is mostly fixed-rate, so raising rates won’t raise the monthly payment on current owners, but instead will disproportionately impact first-time homebuyers,” bank researchers said in a recent research note. “Robust mortgage underwriting should keep foreclosures limited, preventing the forced selling that would weigh on home prices.”

But if more people are being priced out of the real estate market, will sales volumes and prices start to respond by falling?

According to Kunal Sawhney, the CEO of Kalkine Group, an independent equities research firm, thinks “a substantial shift might be just around the corner.”

“But this shift may not be as detrimental to housing assets’ prices as some pundits have been forecasting for over the past many months,” Sawhney told The Epoch Times. “Neither a large-scale correction nor a major crash can be expected in the market in the near-to-medium term.”

In a March report titled “Real-Time Market Monitoring Finds Signs of Brewing U.S. Housing Bubble,” the Federal Reserve Bank of Dallas pointed to “abnormal U.S. housing market behavior for the first time since the boom of the early 2000s.”

However, the research analysts at the regional central bank do not believe a correction would be similar to the last housing bubble from more than a decade ago, citing better household finances and modest borrowing levels to purchase homes.

Shah agrees, adding that “there’s little to no chance of them going down” because of record low housing inventory and “pent-up millennial demand waiting to snap up homes at the first possible opportunity.”

Fannie Mae projects that U.S. home prices will increase 10.8 percent in 2022, slightly down from its previous 11.2 percent forecast. Fannie Mae, a government-sponsored enterprise (GSE) that purchases mortgage loans from smaller banks or credit unions and guarantees, also predicts that real estate prices could climb 3.2 percent in 2023.

However, Moody’s Analytics noted home values in 97 percent of U.S. cities are overvalued, prognosticating that properties in these parts of the country could tumble by 10 percent over the next few years.