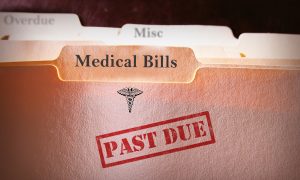 Churches Wipe Out Millions in Medical Debt for Others
0 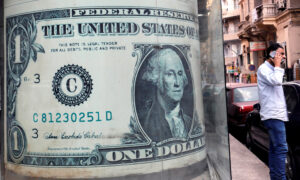 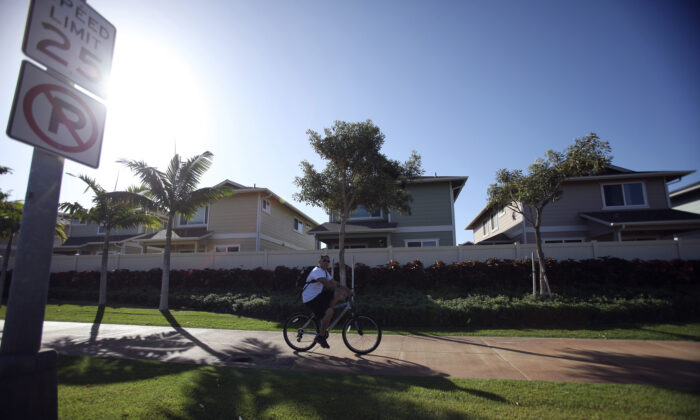 A man cycles past the Trades housing division built by Gentry Homes in Ewa Beach, Hawaii, on March 6, 2013. (Hugh Gentry/Reuters)
US News

U.S. household debt set a new record in the final quarter of 2019, the Federal Reserve Bank of New York said in a report (pdf) on Tuesday, climbing to a historic peak of $14.1 trillion.

Total household debt balances grew by $601 billion in 2019, which is the largest annual gain since 2007, around the time of the onset of the global financial crisis.

According to a note from economists at the New York Fed, the bulk of the debt growth was driven by a large increase in mortgage debt balances, which rose by $433 billion last year.

Mortgage balances rose by $120 billion in the fourth quarter to $9.56 trillion, the report found, while mortgage originations rose to $752 billion in the same period.

Student loan balances grew by $10 billion in the fourth quarter, a slower pace when compared to five years ago.

Credit cards are the most common type of consumer credit, according to the note, with over 60 percent of people with a credit report in possession of at least one credit card account.

“Given the prevalence of credit cards, it is perhaps not surprising that credit cards are now the most common way for young adults to dip their toes into credit use,” the quartet of economists pointed out.

The report shows that not only is credit card debt the first lending touchpoint for young people, it is also the debt vehicle highly associated with serious delinquency—meaning 90-plus days of missed payments—for those aged 18-29.

“The data also show that transitions into delinquency among credit card borrowers have steadily risen since 2016, notably among younger borrowers,” Van Der Klaauw told Reuters in a statement.

New York Fed economists said the rising delinquencies among borrowers in their 20s and 30s could be related to high levels of student loan debt, which could make it difficult for consumers to afford their bills.

“When the economy is strong you would typically not expect that unless they are changing the lending standards,” Van Der Klaauw said in an interview. “It could also be that the economy is very strong overall but there are some subgroups, and maybe young people in particular, who are not benefiting as much from that.”

As of Dec. 31 2019, 4.7 percent of outstanding debt was in some stage of delinquency, the report found, while around 202,000 consumers had a bankruptcy notation added to their credit reports in the fourth quarter.