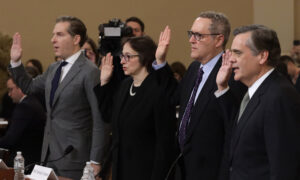 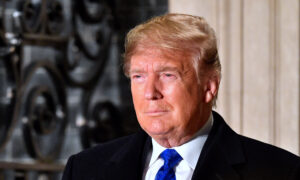 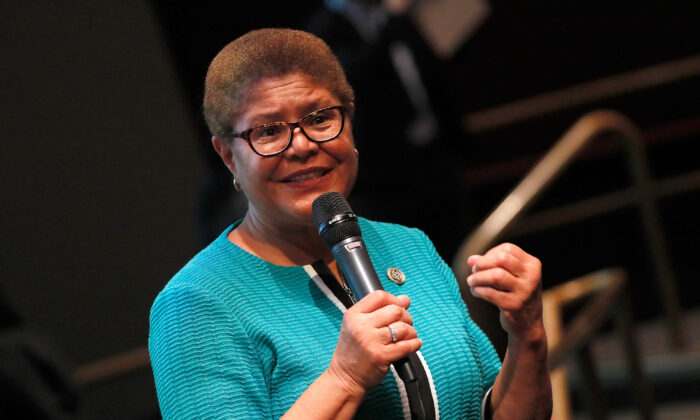 The House will impeach President Donald Trump once more if he wins the 2020 election, Rep. Karen Bass (D-Calif.) said.

Trump has not been impeached but House Democrats released articles of impeachment against him on Dec. 10 and are widely expected to hold an impeachment vote soon.

Bass was asked if she would support impeaching Trump again if Democrats flipped the majority in the Senate next year. If Democrats also held the House, they could potentially impeach the president and remove him from office.

Bass said that the same two articles of impeachment—obstruction of Congress and abuse of office—could be introduced again, with more articles a possibility.

“Yes, but I don’t think it would be exactly the same … because even though we are impeaching him now there are still a number of court cases, there’s a ton of information that could come forward. For example, we could get his bank records and find out that he’s owned 100 percent by the Russians,” Bass told TMZ.

“So you are absolutely right in your scenario, but the only thing I would say that is slightly different is that it might not be the same articles of impeachment because the odds are we have a ton more information and then the odds of that, sadly enough is that he probably has more examples of criminal behavior.”

Rep. Al Green (D-Texas) has previously said that Democrats could impeach Trump more than once. Green introduced articles of impeachment against Trump in Nov. 2017.

While the Democratic-controlled House is expected to impeach Trump, he won’t be removed from office unless two-thirds of Senators present at the time of the vote concur. Republicans hold the Senate with a 53-47 majority.