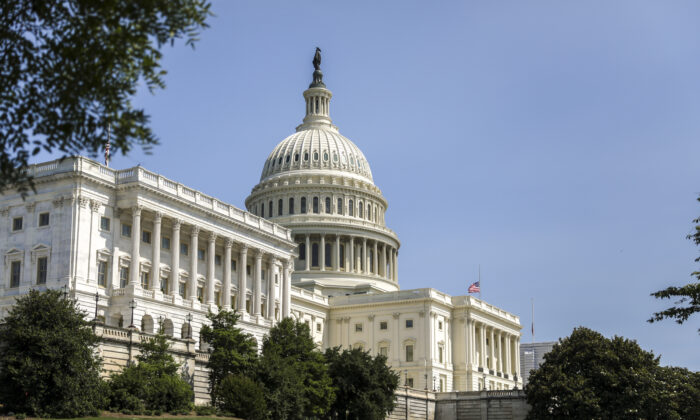 The House of Representatives passed a weeklong stopgap bill on Wednesday to keep congress open through Dec. 18 before current funding expires on Friday, giving lawmakers more time to reach a deal on a long-term and wide-ranging spending package over the next year, and COVID-19 relief.

The measure, known as a continuing resolution, passed by a vote of 343-67. It is expected to be approved by the Senate and be signed by President Donald Trump. The resolution will extend the government funding deadline from this Friday until next week.

Congress previously approved a continuing resolution in September that extended government funding until this Friday, Dec. 11. The latest vote indicates that lawmakers have had challenges in coming to a consensus on a $1.4 trillion omnibus appropriations bill that outlines funding for every agency in the 2021 fiscal year.

“The CR that the House will pass today represents a failure,” House Majority Leader Steny Hoyer (D-Md.) said in a statement. “The House passed its government funding bills in July, while the Senate failed to do its work. We need to reach an agreement to fund the government as soon as possible.”

The House, Senate, and White House continue to negotiate on COVID-19 relief funding that lawmakers hope to attach to the omnibus bill. Negotiations have played out for months but so far no deal has been reached on what would become the second major COVID-19 relief package.

Recently, a $908 billion relief package was unveiled with bipartisan, bicameral support. It has the support of 25 Democrats and 25 Republicans. The proposal does not include another round of direct payments to Americans.

More details of the package was being circulated on Wednesday (pdf), showing that the proposal reportedly includes a $300 weekly boost to unemployment assistance for 16 weeks from the end of December through the end of April, and provides some $160 billion to state and local governments. The proposal also provides $300 billion to the Small Business Administration.

The summary of the proposal does not include language on two of the most contentious items in negotiations: liability protections for businesses reopening during the pandemic, as desired by Republicans, and more funding to state and local governments as desired by Democrats.

Senate Majority Leader Mitch McConnell (R-Ky.) on Tuesday suggested setting aside the two issues and moving forward with the bill with provisions that already have bipartisan consensus. He proposed to break the deadlock by passing a pared down, targeted aid package, including money for vaccine distribution and for small businesses, without including the liability protections and funding to governments.

But House Speaker Nancy Pelosi (D-Calif.) declined the idea and argued that funding for state and local governments is a must in order to enable vaccine distribution.

“Yesterday, Democrats rejected two more GOP aid proposals in the space of two hours,” McConnell (R-Ky.) said in a statement on Wednesday. “I’ve proposed we set aside remaining sticking points and pass everything we agree on. They say ‘no.’ And they now admit they blocked aid all summer & fall because there was an upcoming election.”

“This proposal includes money for state and local governments, and robust liability protections for businesses, schools and universities,” Mnuchin said in a statement.

But Pelosi and Senate Minority Leader Charles Schumer (D-N.Y.) declined the offer. In a statement, they said it didn’t provide enough funds for unemployment assistance.

“While it is progress that Leader McConnell has signed off on a $916 billion offer that is based off of the bipartisan framework, the President’s proposal must not be allowed to obstruct the bipartisan Congressional talks that are underway. Members of the House and Senate have been engaged in good-faith negotiations and continue to make progress. The bipartisan talks are the best hope for a bipartisan solution,” they wrote.

“The President’s proposal starts by cutting the unemployment insurance proposal being discussed by bipartisan Members of the House and Senate from $180 billion to $40 billion. That is unacceptable.”