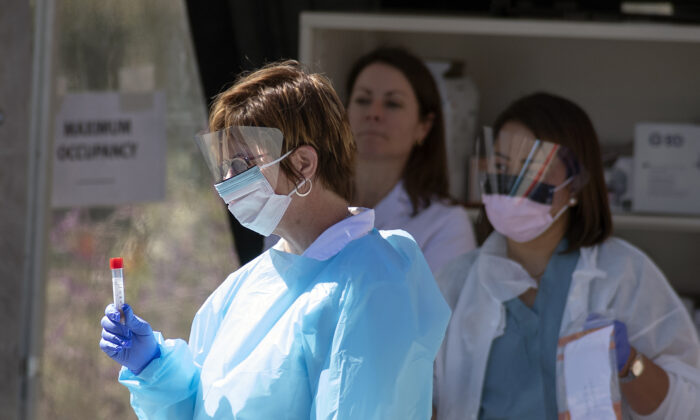 The House on March 16 passed a revised multi-billion dollar emergency coronavirus relief package as the virus continues to spread across the United States.

Lawmakers initially passed the legislation in a 363-40 vote in the early hours of Saturday morning, but it was later bought back to the floor after speaker Nancy Pelosi (D-Calif.), House Minority Leader Kevin McCarthy (R-Calif.), and Treasury Secretary Steven Mnuchin together outlined “technical corrections” that could not be fixed administratively.

Rep. Louie Gohmert (R-Texas) had initially threatened to block the package until reviewing the details after expressing concerns that it would have harmful impacts on small businesses. However, he later withdrew his objection Monday evening.

Following its initial passage last week, Republicans had concerns over the impact of costs on small businesses, increased spending on Medicaid, and language that was not included to prevent taxpayer funds from being used for abortions.

The revised legislation was passed through the House with unanimous consent on Monday and the Senate is expected to take up the legislation Tuesday. Both the original coronavirus package plus the revised version will be sent to the Senate.

The bill includes language that would ensure that workers can take paid sick or family leave, increase unemployment insurance, and guarantees that all Americans can get free diagnostic testing for the coronavirus, The Hill reports.

The updated bill included changes that would only allocate paid family and medical leave to parents whose minor children’s care facilities or schools are shut down due to the virus, according to the publication.

Language in the bill was also changed to clarify that “mandated benefit given to employees can not exceed the tax credit employers receive,” that the tax credits fully reimburse employers for healthcare premiums for employees on leave due to the illness, and that employees “at qualifying companies will not get 10 additional days of paid sick leave—they will be ensured 10 total.”

“This legislation is about testing, testing, testing,” Pelosi said over the weekend. “To stop the spread of the virus, we have secured free coronavirus testing for everyone who needs a test, including the uninsured. We cannot fight coronavirus effectively unless everyone in our country who needs to be tested can get their test free of charge.”

The new coronavirus relief package comes after President Trump on Monday warned the outbreak could last into July and August, and urged all Americans to avoid gatherings of 10 or more people for at least the next 15 days.

Trump’s administration advised all Americans, including the “young and healthy,” to avoid drinking and eating at bars, restaurants, and other food establishments, and recommended against most social visits, including to nursing and retirement homes.