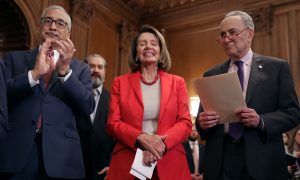 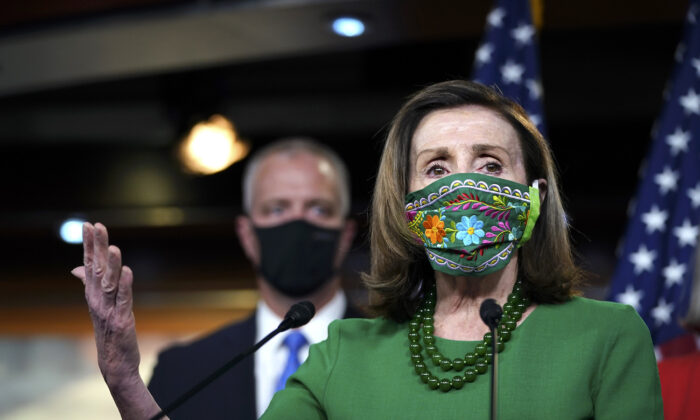 The House of Representatives in the early hours of Saturday passed a $1.9 trillion relief package that closely resembles President Joe Biden’s American Rescue Plan. It now moves to the Senate for another vote.

The package includes $1,400 direct payments to most Americans and a $20 billion national plan to vaccinate against the CCP (Chinese Communist Party) virus, which causes COVID-19.

The bill was passed around 2 a.m. ET by a vote of 219-212, with all Republicans voting against it. Two Democrats, Reps. Jared Golden (D-Maine) and Kurt Schrader (D-Ore.), joined in opposing the bill. Democrats control the chamber by a narrow margin of 221-211.

The process allows the bill to move forward by a simple majority vote, instead of needing to meet a 60-vote threshold to break any filibuster in the tied Senate before coming to a vote. This means that if Democrats vote unanimously, they will not need votes from any Republicans in the Senate to pass the bill.

The Senate parliamentarian ruled on Thursday that a minimum wage hike provision did not meet budget rules for the bill that is being fast-tracked by Democrats through Congress via the reconciliation process.

But House Democrats chose to keep the provision in the bill.

“It is inevitable to all of us, the $15 minimum wage will be achieved,” House Speaker Nancy Pelosi (D-Calif.) said on the House floor before midnight on Friday.

She said of the wage hike, “Even if it is inconceivable to some, it is inevitable to us—and we will work diligently to shorten the distance between the inevitable and the inconceivable.”

The overall relief bill closely resembles Biden’s COVID-19 proposal, which, if passed, would provide a third round of direct stimulus payments of $1,400 to Americans making less than $75,000 annually. This is the highest amount compared to last year’s payments of $1,200 and $600.

The bill will also provide enhanced unemployment benefits of $400 per week until Aug. 29. It also provides increased child tax credits, federal subsidies for health insurance, and funding for state and local governments.

Republicans said that much of the package was not necessary because it included measures not related to COVID-19, including the minimum wage hike. Rep. Ashley Hinson (R-Iowa) pointed out that the bill sends $140 million to a subway near Pelosi’s San Francisco district in California.

Some Republicans have called the Democrat-backed package “Pelosi’s payoff bill.”

McCarthy said the bill was “Democrats’ costly, corrupt, and liberal spending package,” adding, “It just throws out money without accountability.”

Democrats are seeking for the bill to be signed before March 14, when enhanced unemployment benefits and other aid are due to expire.