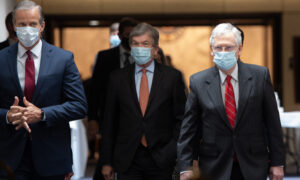 McConnell Says No Need Yet for Fifth Virus-Related Bill
0 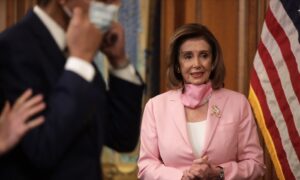 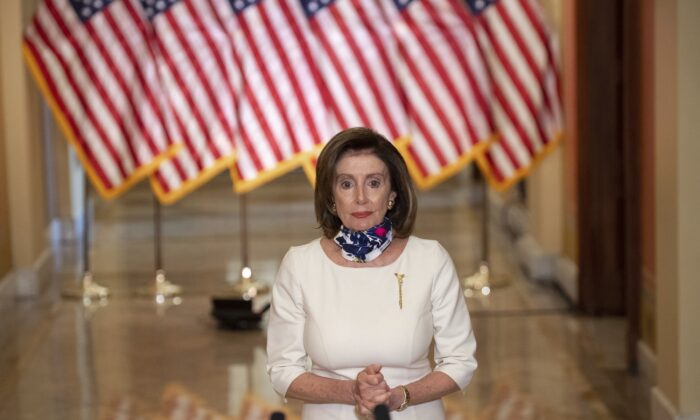 House of Representatives Scheduled to Reconvene on May 15

The House of Representatives will officially reconvene on Friday after a prolonged break, Democratic leaders said Wednesday.

In a message sent to members, representatives were told that the House “is expected” to meet at 9 a.m. on May 15.

Lawmakers will consider a resolution that would authorize voting by proxy in addition to the newly introduced $3 trillion bill crafted by some House Democrats.

The first votes could start as early as 10 a.m.

In a letter distributed by the office of House Speaker Nancy Pelosi (D-Calif.) Tuesday, several House committee leaders told fellow Democrats that “the staggering scale of this crisis demands extraordinary urgency, and therefore, the House will be proceeding with our vote on the [bill] on Friday.”

Some members, though, have asked voting to be delayed.

Reps. Pramila Jayapal (D-Wash.) and Mark Pocan (D-Wis.), co-chairs of the Congressional Progressive Caucus, told Pelosi and House Majority Leader Steny Hoyer (D-Md.) in a letter that “we must have more time” to figure out what’s included and not included in the 1,800-page legislation.

They also want to have “a conversation about the bill as a caucus.”

Jayapal said in a separate statement that the legislation doesn’t address the needs of the American people “at the scale necessary.”

House Republicans have been pushing to officially reconvene since last week.

The Senate returned to session on May 4.

Republican senators, who hold the majority in the upper chamber, rejected the new bill, saying there’s no way it will pass.