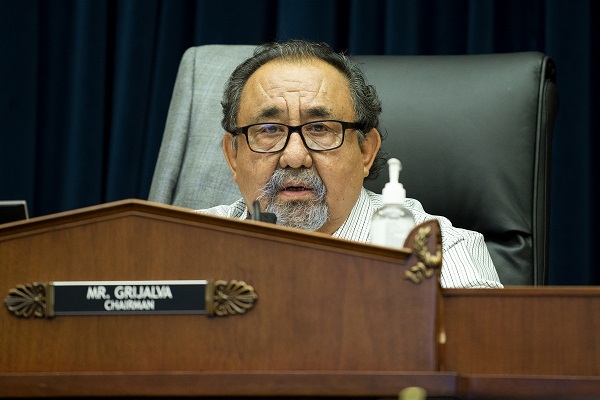 Debate raged in the House Committee on Natural Resources during the markup of the committee’s $30-plus billion reconciliation instructions for the $3.5 trillion spending bill approved by the House on Aug. 24. Representatives introduced numerous amendments—including Rep. Lauren Boebert’s (R-Colo.) Amendment 223, which would cut roughly $3.5 billion in proposed funding for a new Civilian Climate Corps.

A letter by four Democratic Congress members making the case for the Civilian Climate Corps describes it as an updated version of the Depression-era Civilian Conservation Corps. A jobs program for 1.5 million people, the climate corps would “invest in natural climate solutions, clean energy, and resilience” and “address environmental justice.”

The program’s funding, detailed in Section 70201 of the committee’s bill, would include money distributed to subsidiary climate corps in the National Park Service ($1.7 billion), the Fish and Wildlife Service ($400 million), the Bureau of Land Management ($900 million), and the National Oceanic and Atmospheric Administration ($120 million), as well as to a Tribal Climate Corps ($500 million).

“There’s absolutely no need to funnel money toward a program like this when so many of our industries are already struggling to find workers,” Boebert said, noting that the climate corps’ duties were “vague and undefined.”

Rep. Joseph Neguse (D-Colo.) spoke in opposition, arguing that the climate corps would train the next generation of park directors and other leaders in natural resources management.

Neguse said he had spent the previous day with fire chiefs, scientists, and others who “made it clear to me—abundantly clear—the desperate need for treatments in our forests.”

“I would hope that we could get a bipartisan vote against this amendment,” he said.

Rep. Paul Gosar (R.-Ariz.) spoke in support of the amendment.

“We don’t need more people—we need people who do their job,” Gosar said. “Our forests are burning, and it is because we have neglected them.”

“Putting civilians in place here is just another aberration.”

As of early August, CNBC reported that there were 1 million more job openings than job seekers in the United States.

“This is what I’d call one of many self-delusional parts of this bill,” Bentz said, noting that he had recently met with forest caretakers who couldn’t easily find employees.

Rep. Nydia Velázquez (D-N.Y.) spoke against the amendment, saying it would interfere with the Biden administration’s efforts to “build back better.”

“We don’t need another FDR-era program—and the idea that this is going to help land management is a false idea as well,” Westerman said, noting that many opportunities for hands-on forest management already exist in the private sector and among nonprofits.

“We should be focused on ways to actually manage our federal lands.”

Committee Chair Rep. Raúl Grijalva (D-Ariz.) then recognized himself to speak in opposition to the Boebert amendment, noting that he was “violating [his] own rule” in so doing.

“The civilian corps targeting young people, targeting diversity, is not just about brawn,” he said, noting that jobs “also require people to know what they’re doing.”

“It’s an investment in the management and the stewardship of our public lands and waters for the future.”

Rep. Tom McClintock (R-Calif.) also spoke in support of the amendment, saying that he has noticed that “when one bill drops, we have a tendency to add more bureaucracy.”

“We’ve got a great many conservation corps already,” McClintock said, mentioning California’s state-level program, among others.

He voiced concerns about the purpose of the corps, wondering whether it would be a “taxpayer-funded community organizing effort” charged with monitoring “forbidden climate disinformation.”

“What exactly is this new bureaucracy going to accomplish?” McClintock asked.

Grijalva called a voice vote and judged that the amendment was voted down. Boebert requested a recorded vote, which was postponed by Grijalva.