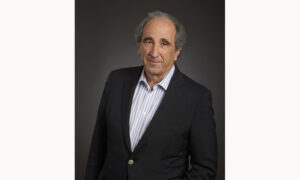 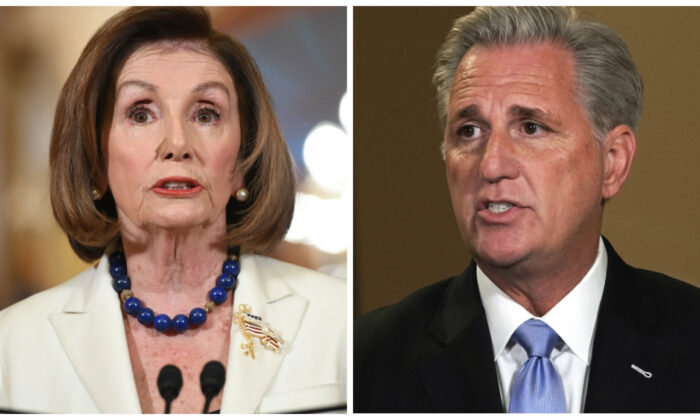 He told Fox News on Wednesday night that he won’t pursue the long-shot move against Pelosi. The Freedom Caucus has only 40 of the House’s 435 seats.

“What I’m in favor of is defeating Nancy Pelosi and [Jerry] Nadler and all the others” through elections, McCarthy said, referring to longtime Rep. Jerrold Nadler (D-N.Y.), who chairs the House Judiciary panel.

“If we were able to remove Nancy Pelosi you’d have another Democrat. The real challenge would be, we’re four weeks away from [the] election, or 40-some days. These Democrats could actually vote against Nancy Pelosi, use it in their campaigns to say they’re not with her, even though they vote with her 95 percent of the time,” he told the news outlet.

“I don’t think it’s the best move at this moment,” McCarthy added in the interview. “I think the best move is win 218 seats and that defeats Nancy Pelosi.”

“Isn’t it past time for Rep. Nancy Pelosi to leave her office as Speaker of the House?” he wrote on Twitter. “I call upon our leaders in Congress to put forward the Motion to Vacate the Chair that has been prepared and merely needs to be brought to the floor.”

Earlier this month, Biggs wrote an opinion article making the case for removing Pelosi as speaker.

“Pelosi recently referred to members of Congress who support President Donald Trump as ‘domestic criminals,'” Biggs wrote. “The left hates President Trump and the Americans who voted for him. In and of itself, it is a most despicable statement designed to divide the nation, but it shows a disregard for the institution itself.”

In order for the vote to go through, all 198 House Republicans and the lone Libertarian congressman would have to convince 17 Democrats.

“Do you know that there are fewer Democrats in the House since Nancy Pelosi held the gavel? At that moment, we needed 19 seats to win the majority, today we only need 17,” McCarthy added. “We won every special election we played in and that was in Democrat seats that Democrats won by more than 9 points and it happened to be in California.”