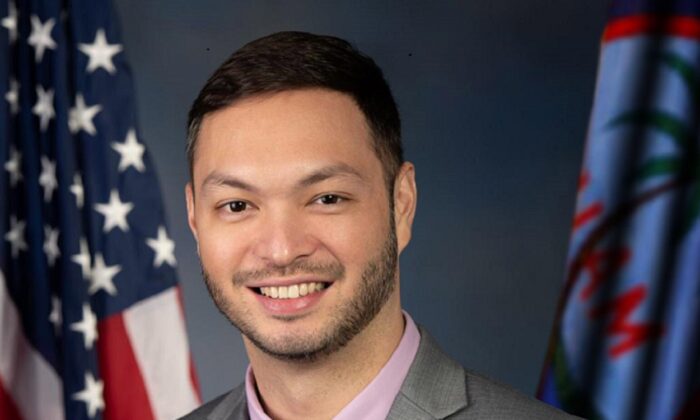 The House Ethics Committee is investigating Delegate Michael San Nicolas over several accusations relating to his campaign and congressional staff.

“The Committee is aware of public allegations that Delegate Michael F. Q. San Nicolas may have engaged in a sexual relationship with an individual on his congressional staff, converted campaign funds to personal use, and/or accepted improper or excessive campaign contributions,” Chairman Ted Deutch (D-Fla.) and Ranking Member Kenny Marchant (R-Texas) said in a joint statement on Thursday.

“The Committee, pursuant to Committee Rule 18(a), has begun an investigation and will gather additional information regarding the allegations.”

“The Committee notes that the mere fact that it is investigating these allegations, and publicly disclosing its review, does not itself indicate that any violation has occurred, or reflect any judgment on behalf of the Committee,” it added.

San Nicolas, 38, is a Democratic delegate from Guam representing Guam’s congressional district. He is in his first term of office after defeating Madeleine Bordallo, an eight-term incumbent, in the 2018 Democratic primary. He sits on both the Financial Services Committee and the Natural Resources Committee.

He has not issued a statement on the probe as of Thursday afternoon.

The rule cited by the committee in its statement states: “Notwithstanding the absence of a filed complaint, the Committee may consider any information in its possession indicating that a Member, officer, or employee may have committed a violation of the Code of Official Conduct or any law, rule, regulation, or other standard of conduct applicable to the conduct of such Member, officer, or employee in the performance of the duties or the discharge of the responsibilities of such individual.”

The announcement of an investigation came just one day after Deutch and Marchant announced the committee would investigate Rep. Katie Hill (D-Calif.) over allegations she had a sexual relationship with a congressional staffer.

In a letter to family, friends, supporters, and constituents later Wednesday, Hill said the allegations that she had an affair with a congressional staffer were false and accused her estranged husband of trying to humiliate her.

“I am disgusted that my opponents would seek to exploit such a private matter for political gain. This coordinated effort to try to destroy me and the people close to me is despicable and will not succeed,” she wrote, adding that she’s cooperating with the Ethics Committee.

She also admitted having an affair with a younger campaign aide despite knowing it was wrong.