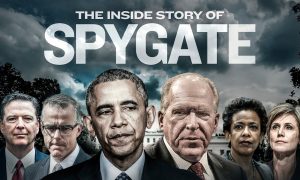 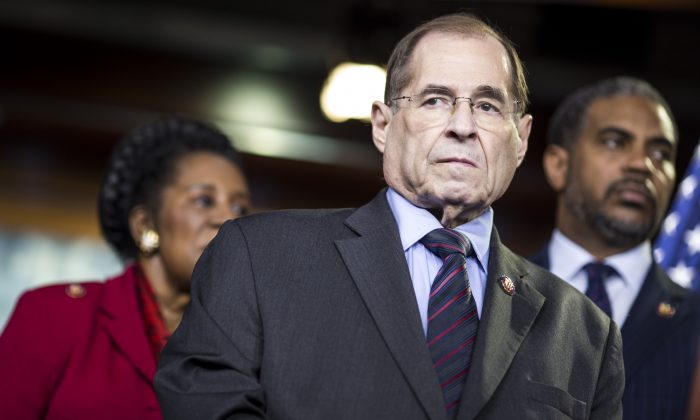 The headline of this column might strike the reader as funny, but I assure you that it’s an accurate description of current events.

Democrats in control of one of the key House committees fully intend to hold a vote this week to determine whether the attorney general should be held in contempt of Congress for following the law.

On April 19, Democrats on the Judiciary Committee issued a subpoena to the Justice Department (DOJ), in which they demanded 535 completely unredacted copies of the Mueller report. That subpoena had a May 1 deadline.

Now that–surprise!—Attorney General William Barr didn’t comply with the subpoena by the required time, the chairman of that committee, Jerrold Nadler (D-N.Y.) scheduled a vote for May 8, on whether to hold the attorney general in contempt of Congress.

As CNN reported on May 6:

“House Judiciary Chairman Jerry Nadler has scheduled a Wednesday vote to hold Attorney General William Barr in contempt of Congress after the Justice Department declined to provide an unredacted version of the Mueller report to Congress.

The vote to hold Barr in contempt marks the first time that House Democrats are moving to punish a Trump administration official for defying a congressional subpoena and represents a dramatic escalation in tensions between Democrats and the White House.

Barr made a less redacted copy of the report available for viewing to members of Congress, but guess what? Thus far, only two lawmakers have made the trip to read this lesser-redacted version. Two Republicans and not a single Democrat.

The version that Barr provided to the Gang of Eight, plus the chairs and ranking members of the Judiciary committees, had only the grand jury testimony redacted.

I believe this is really about Democrats wanting to discover details of several of the 14 grand jury cases that resulted from the work of Mueller special counsel’s office, so they can begin leaking them.

As I discussed in my previous column, “Senator Harris Misses Huge Revelation From Barr During Senate Testimony,” Democrats are desperate to find out exactly who is being investigated and what evidence has been discovered in several of the 14 grand jury cases that sprang from the Mueller probe, and any other DOJ investigations they don’t currently know details about.

They are now frantic to impeach the credibility of Barr and especially that of Deputy Attorney General Rod Rosenstein, because they’ve finally figured out that Rosenstein is going to be a key witness in several of the upcoming cases against major Spygate figures such as James Comey, Andrew McCabe, and Peter Strzok.

For more than two years, Democrats had no problem whatsoever with Rosenstein’s oversight of the Russian collusion/2016 election-related investigations, because they expected him to help Mueller nail the hides of Trump and his associates to the wall for them.

Far, far too late, Democrats in Congress have figured out that Rosenstein is going to be a key witness, all right—just not in the criminal cases they had been hoping for. Far from testifying against Trump and his associates with regard to Russian collusion or obstruction of justice cases, Rosenstein is going to be testifying in cases targeting former highly placed government officials for their rampant abuse of the FISA court and its protocols. In other words, for illegally spying on U.S. citizens under false pretenses for political reasons.

Fully ponder this: House Democrats are actually going to vote on whether to hold the United States’ top law enforcement official in contempt for following the law about disclosing information from ongoing grand jury cases, because they are upset they can’t see that information and leak it.

What amazing times we live in.

Brian Cates
Brian Cates is a writer based in South Texas and author of “Nobody Asked For My Opinion … But Here It Is Anyway!” He can be reached on Telegram at t.me/drawandstrikechannel.
TOP NEWS