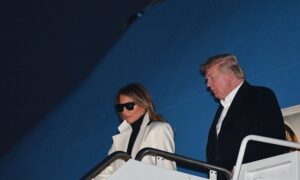 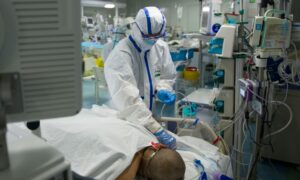 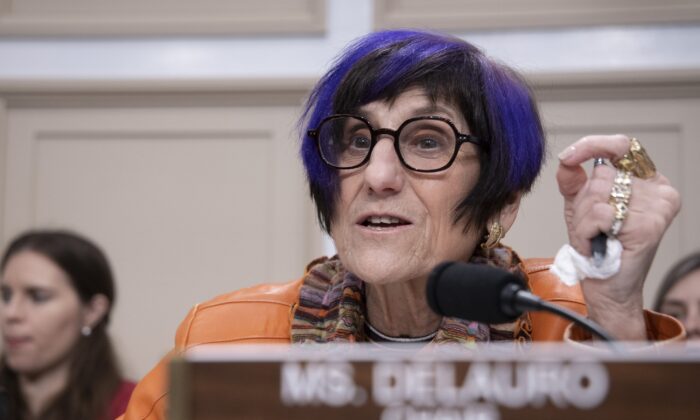 House Democrats argued against diverting funding for the new coronavirus from preparing for the Ebola virus as they said that the $2.5 billion the White House wants for combating the new virus isn’t adequate.

The White House submitted an emergency request to Congress on Feb. 24, asking for $2.5 billion to combat the new coronavirus, which causes the COVID-19 disease. The money was meant to help research vaccines, boost the surveillance network, and other efforts, Secretary of Health and Human Services Alex Azar told a congressional committee in Washington on Wednesday.

Part of the proposal featured moving $535 million from the Ebola preparedness account.

Lawmakers on the House Appropriations Subcommittee told Azar that they didn’t appreciate that part of the proposal. Rep. Rosa DeLauro (D-Conn.), the chairwoman, said that shifting the funds would be akin to “robbing funding for other emergency activities to pay for this emergency.”

Asked whether he agreed with the cuts to Ebola preparedness, Azar said: “Right now the most pressing need is the novel coronavirus.”

The funding can be restored to the Ebola program in the coming years, he said.

“That is a pressing need but I certainly think that you understand as secretary that public health crises keep coming, so you prepare,” Rep Katherine Clark (D-Mass.) responded.

Azar said the money, if approved by Congress, would go in part toward procuring 300 million additional N95 masks, which are used by healthcare workers treating suspected or confirmed patients. The United States has 30 million surgical masks at the moment and 12 million N95 masks that are usable, he said.

A stockpile of another 5 million N95 masks are no longer certified, he said.

Some of the money would go toward helping fund domestic manufacturing of more masks to add to the stockpile.

“I do want to caution: it will take time because China does control a lot of the raw materials and manufacturing capacity,” he said.

Rep. Nita Lowey (D-N.Y.), the chairwoman of the Appropriations Committee, said that House Democrats feel the funding request “is inadequate to effectively combat” the threat of the new virus.

“It is alarming that the administration is proposing to take money from one emergency to pay for another, which would leave us more at risk for emerging diseases and is an irresponsible approach to combating what the WHO has said is a potential pandemic.”

House Democrats also said that the administration took too long to request funding.

The number of cases in some countries have spiked recently, prompting U.S. officials to warn that community spread in America is likely, even as they emphasized that the virus is currently contained in the nation.

Some lawmakers said they were supportive of the Trump administration’s efforts against the virus.

“I think you guys, your team … have done a really remarkable job in responding to something that this committee has been preparing for for years,” Rep Tom Cole (R-Okla.), the ranking member of the subcommittee, said.

“I want to thank the president, he added. “The president’s taken very strong and decisive action here in terms of protecting our borders.”

Rep. Kay Granger (R-Texas), said that Azar’s “immediate actions have enabled us to get ahead of this virus and protect our citizens.”

She said that Azar told Congress at beginning of outbreak in China that he would inform Congress when health authorities needed more money. “You have done just that,” she said.