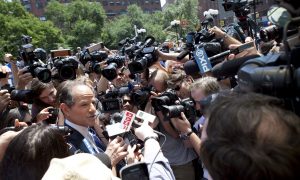 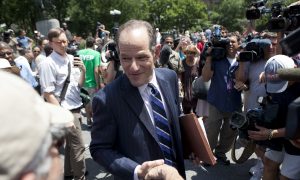 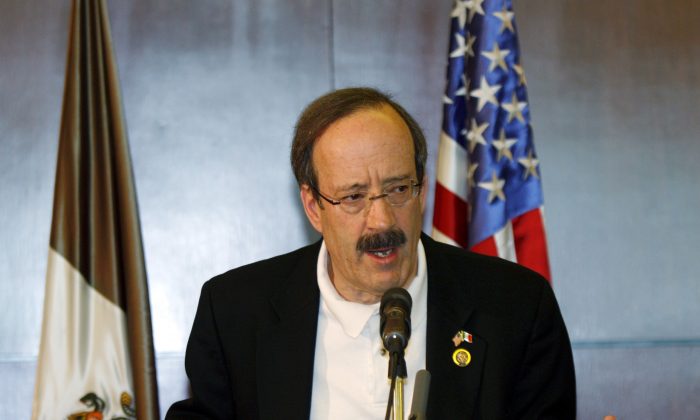 Rep. Eliot Engel (D-N.Y.), during a news conference in Mexico City, where Engel and four other congressmen visited with Mexican President Felipe Calderon. Maryland tax officials have revoked the Bronx Congressman's claim to thousands of dollars in tax breaks for a nearly $1 million home in a Washington suburb he's called his primary residence on tax documents for at least ten years. (Marco Ugarte/AP Photo)
US News

Rep. Eliot Engel (D-N.Y.), a powerful House committee chair who served more than 30 years in Congress, was defeated in his Democratic primary.

Engel was ousted by Jamaal Bowman, a former principal and first-time candidate who was backed by Rep. Alexandria Ocasio-Cortez (D-N.Y.), about three weeks after the primary election, according to an analysis from The Associated Press.

After the AP made the call, Bowman wrote on Twitter that “I’m a Black man who was raised by a single mother in a housing project. That story doesn’t usually end in Congress. But today, that 11-year old boy who was beaten by police is about to be your next Representative.”

With his victory over Engel, based on the way the district has voted over the past several decades, it’s likely that Bowman will defeat his Republican challenger in November.

Engel, meanwhile, has a national profile as a Congressional leader and chairs the House Foreign Affairs Committee. In the days before the election, Engel suffered a loss after he was captured on a live microphone suggesting that “if I didn’t have a primary, I wouldn’t care” when he was speaking following civil unrest sparked by the death of George Floyd.

In the video, Bronx Borough President Ruben Diaz Jr. apparently tells Engel that he has a list of other people who have to speak following riots and violence in the Bronx that occurred alongside Black Lives Matter protests.

Diaz told Engel that he appreciates that he’s at the event. Engel then replied with the “I wouldn’t care” remark. Diaz then told the congressman: “Don’t do that to me. We’re not gonna do this. We’re not politicizing. Everybody’s got a primary, you know. I’m sorry.”

Bowman highlighted the audio on Twitter, saying it is “so incredibly painful to watch.” He added: “We need to be taking care of our communities right now—whether it’s election season or not.”

Engel then issued a statement to news outlets about his comment.

“In the context of running for re-election, I thought it was important for people to know where I stand, that’s why I asked to speak,” he said. “Of course I care deeply about what’s happening in this country, that’s what I wanted to convey. I love the Bronx, grew up in the Bronx and lived here all my life. I would not have tried to impose on the Borough President if I didn’t think it was important.”