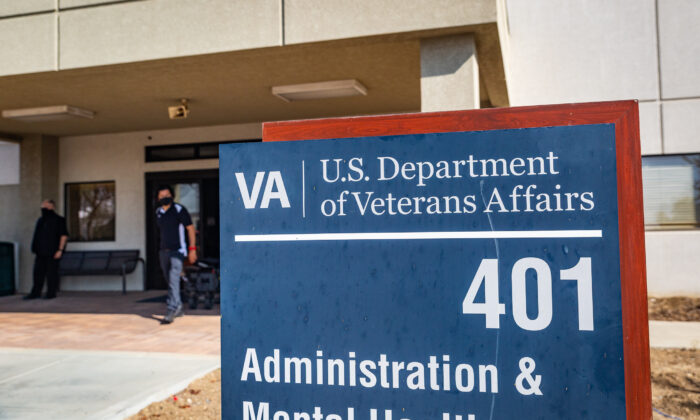 The House passed a new bill on Nov. 15 that would authorize the Department of Veterans Affairs (VA) to supply COVID-19 and flu vaccines for veterans, their spouses, and caregivers (pdf).

If passed, the new bill will allow individuals not currently enrolled under the VA healthcare system to receive the vaccines through Apr. 29, 2022.

“Public health officials are clear: It is completely safe to receive both inoculations even at the same time,” Takano said, according to The Hill. “By providing easy access to both vaccines at the same time, I hope we can begin to reduce the burden on the broader health care system this winter.”

While the CDC states that “limited data exist on giving COVID-19 vaccines with other vaccines, including flu vaccines,” its website states that individuals can receive both vaccines at the same time.

The CDC also projected an “early and possibly severe flu season” due to “reduced population immunity” from the lack of flu virus activity since March 2020.

Bill HR 5671 is essentially built upon the VA Vaccine Act (pdf) introduced by Takano and Rep. Mike Bost (R-Ill.) in February this year which granted wider access to the COVID-19 vaccine for veterans and caregivers without the influenza vaccine component.

“Simply put, our bill would mean more veterans and their caregivers can get vaccinated,” Bost said in a statement. “It will save lives.”

However, following the Biden administration’s introduction of vaccine mandates, some Republicans have voiced concerns over troops potentially losing veterans benefits if they choose to remain unvaccinated.

The Department of Defense on Aug. 25 issued a vaccine mandate for all service members in the U.S. military, except for those participating in COVID-19 clinical trials or those with medical exemptions. Religious exemptions may be allowed according to Pentagon press secretary, John F. Kirby.

Service members will be entitled to veteran benefits if they receive honorable discharges from local commanders.

“We see the vaccine as a readiness issue,” said Gil Cisneros, Defense Department undersecretary for personnel, according to Military Times. “Any discharge decision is up to the individual service as to how they proceed with that.”

In response, Rep. Brian Babin (R-Texas) on Nov. 5 introduced bill H.R 5892 so that service members cannot be denied veteran benefits on the sole reason of being unvaccinated.

“I will not stand by and watch while Biden steals from our veterans what they’ve bravely earned,” said Babin in a Nov. 9 statement.

“The men and women of our U.S. military, those who protect and defend their fellow countrymen, are being threatened into government submission through an unconstitutional vaccine mandate,” said Rep. Pete Sessions (R-Texas). “The President wants to relabel and punish these honorable service members and strip them of the benefits they’ve earned.”