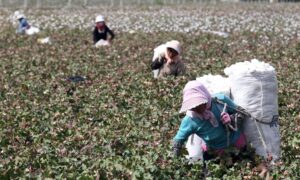 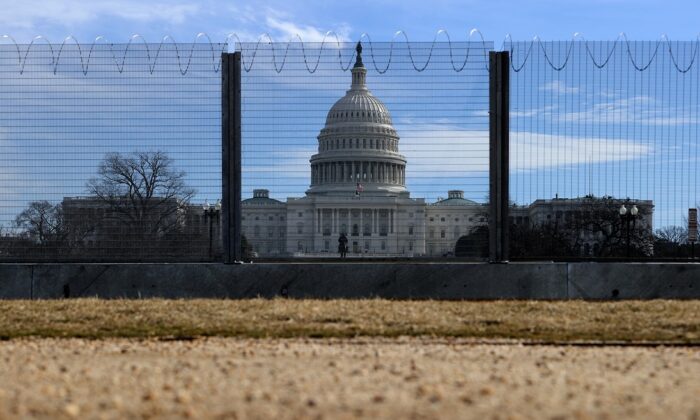 The three committee Republicans, led by ranking minority member Rep. Rodney Davis (R-Ill.), also want to know why Lofgren’s panel has held no hearings on the Jan. 6 breach of the Capitol. Davis was joined in signing a March 11 letter to Lofgren by Reps. Barry Loudermilk (R-Ga.) and Bryan Steil (R-Wis.).

“Your personal office has managed to review the social media of 147 Republicans and released a nearly 2,000-page ‘report’ insinuating that our colleagues, who we serve and work with every day, were somehow complicit in an attack against our Capitol,” the signers told Lofgren in their letter.

“These are the same colleagues we were with on the House floor on January 6th as rioters entered the Capitol and then tried to break through the doors of the House Chamber. This ‘report’ and its conclusions are not only wrong, they are offensive to your colleagues.

“It is also a questionable use of your Members’ Representational Allowance (MRA). As the Chairperson of the committee which is responsible for overseeing the rules governing the use of the MRA, you more than anyone should know that the handbook is clear when it states ‘the MRA may only be used for official and representational expenses.’ Using your personal office resources to investigate other Members of Congress cannot be considered to be related to your representational duties to your district.”

The Republicans also told Lofgren that the report “contains concerning language and content that is inconsistent with the Communications Standards Commission regulations regarding the rules of Decorum and civility,” and they noted there are at least 75 violations of “a long-standing prohibition on official websites directly linked or referring to websites” created by or for partisan campaigns.

Lofgren issued a statement on March 15 insisting that the report was an appropriate use of her personal office funds and violated no congressional regulations.

“The former President [Donald Trump] tried to overturn the 2020 election and his rhetoric helped incite a mob to attack the Capitol. He violated his oath of office and his actions are proscribed by section 3 of the 14th Amendment,” Lofgren said in the statement.

“If any Members of Congress, by their actions and rhetoric, similarly violated this section of the Constitution, it would be the most serious business of every Member of Congress. The Constitution seems clear,” she said.

Lofgren said the report includes only publicly available statements by each of the 147 Republican House members reviewed, who she described as having “joined the efforts of the former President and the mob to overturn the results of the 2020 presidential election.”

Prior to assuming leadership of the administration panel, Lofgren was ranking minority member of the House Ethics Committee, before resigning from that position in 2011. She is currently chairwoman of the California congressional delegation, and she was one of the House impeachment managers against Trump.

Lofgren’s personal staff communications director, Ally Kehoe, referred The Epoch Times to the statement when asked if the California Democrat had consulted any congressional ethics experts prior to the report being researched and published.

Only one representative, Democrat James Traficant of Ohio, who was expelled in 2002, has been booted from the House in the past 40 years. Traficant had been convicted of multiple federal crimes and served seven years in federal prison.

Peter Whippy, Lofgren’s spokesman on the administration panel, didn’t immediately respond when asked by The Epoch Times if a hearing would be held on the Jan. 6 breach and why none had been convened to date.

In their letter to Lofgren, the three Republicans pointed out that “four Committees have held six hearings on this issue. … Meanwhile, our Committee has held no hearings and there are none scheduled.”

“This is unacceptable. Given our Committee’s primary jurisdiction over the entities responsible for preparing the Capitol for January 6th and maintaining it after, we should be the ones leading on a review, not other committees and not your personal office. Exercising our oversight authority is essential to making necessary improvements to ensure the Capitol is never again vulnerable to the kind of mob attack we saw on January 6,” the three GOP lawmakers wrote.

“Many unanswered questions remain that the American people deserve answers to, including the direction that the Speaker of the House and her staff gave to former Sergeant at Arms, Paul Irving, leading up to and on January 6th.”

The three Republicans also noted that their multiple requests for preservation and production of copies of communications between Pelosi’s staff and Irving on Jan. 6 have been denied by staff members working for the speaker.

Lofgren’s administration committee is also at the center of a growing House controversy over the seating of Rep. Mariannette Miller-Meeks (R-Iowa), who won the November 2020 race to represent her state’s 2nd Congressional District by only six votes over Democrat Rita Hart.