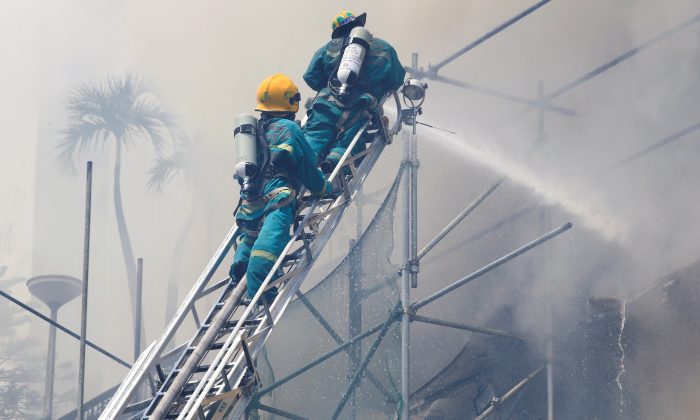 MANILA—A fire at a hotel in the Philippine capital killed three people on Sunday and injured nearly two dozen, police and rescue officials said, with two people listed as missing.

The fire broke out at the Manila Pavilion Hotel where about 20 people earlier listed as trapped had been evacuated safely, Johnny Yu, chief of the Manila Disaster Risk Reduction Management Office, said. The death toll had been reduced from four to three, he said.

Two employees of a casino at the hotel were missing and rescue operations were ongoing, Manila Police District spokesman Erwin Margarejo told Reuters.

It was not immediately clear how the fire started. The hotel is owned by Waterfront Philippines Inc.