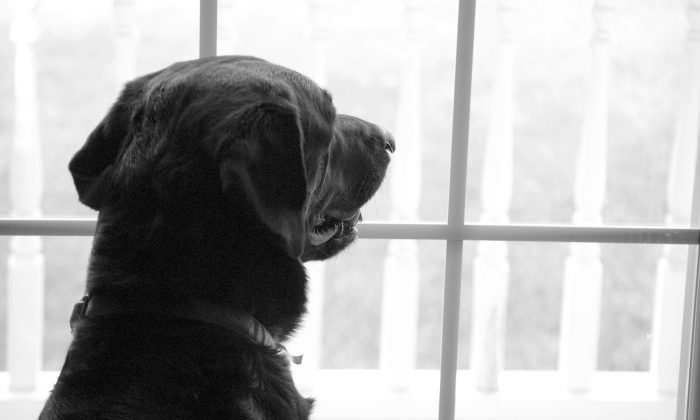 A stock photo of a dog (Illustration - Pixabay)
US News

Amid a heatwave that has inundated much of the East Coast, a warning was issued about allowing pets to walk on hot pavement.

Temperatures in many major cities are forecast to reach 100 degrees Fahrenheit over the weekend.

Animal hospitals said that dog owners should exercise caution when out walking, saying that the padding on dogs’ feet can burn off when walking on hot surfaces, according to local news outlet WHDH on July 19.

The report noted that if one holds their palm to the ground for seven seconds and it’s too hot, then it will be too hot for a dog to walk.

Woof Woof! Air temps heating up and so are walking surfaces for Rex or Sparky! Keep em hydrated too! 🐶💦 😎 #7news pic.twitter.com/oVcmR6VhoM

In a Facebook post, the Medical Lake Veterinary Hospital in eastern Washington state warned that “hot weather means hot pavement” after treating a dog with a burned foot.

“Olaf walked over a mile on the Fish Trap Trail before his owner realized his pads were burned, and even then he wasn’t whining or limping! He is one tough cookie (and exceptionally sweet cookie). A good rule of thumb is if the pavement is too hot for your hand it’s too hot for your dogs’ pads,” it wrote.

“(The owner) looked back and saw bloody paw prints,” said Jeannette Dutton, with Medical Lake Veterinary Hospital, told Today.com. “He picked up the dog and looked, and the pads of his paws had been burned off. The raw muscle was showing.”

The dog apparently didn’t realize it was injured.

“Some dogs are more sensitive,” New York-based veterinarian Alison Mason told the news outlet. “One of my dogs, if it’s too hot, will hop on his feet and make it more obvious, but a lot of dogs are so stoic and owners won’t notice until they can actually see blood. Sometimes, some dogs are just so excited, they just want to play, and they’ll almost not feel anything except for that excitement.”

The warning comes as a heatwave is slated to impact much of the United States in the coming days, affecting an estimated 100 million people in parts of the eastern and central portions of the country.

[730 AM] Our latest briefing package on the upcoming excessive heat can be found at this website. An Excessive Heat Warning is in effect starting at noon today with heat index values forecast to be around 105° to 110°. https://t.co/4cy6qL3V7C pic.twitter.com/YP7bn5nX1Q

“Over the next few days, there will be little relief at night as low temperatures in many places, particularly cities along the I-95 corridor, will struggle to see lows dip below 80 degrees at the height of the heatwave, which will bring the hottest weather in years,” AccuWeather said on July 19.

The heat will be combined with severe humidity that will last through Saturday in the Midwest and through Sunday in the Northeast, the private weather forecaster said.

The U.S. National Weather Service (NWS) noted on Twitter that there were a bevy heat-related warnings and advisories sent out by local offices across the eastern two-thirds of the country.

The conditions were described as “hazy, hot, and humid.”

In explaining the weather pattern, the NWS said that a “large ridge of high pressure extending from the Central to Eastern U.S. will deliver a dangerous summer heatwave through the weekend.”