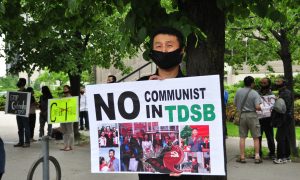 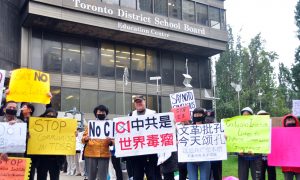 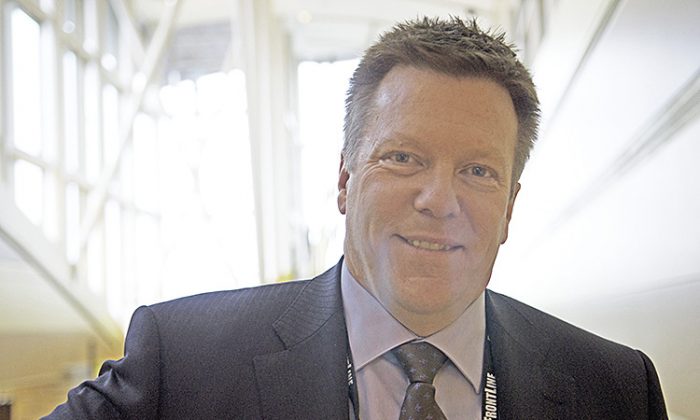 There was no subtlety in Michel Juneau-Katsuya’s tone when directly asking Canada’s largest school district to give the boot to its controversial Confucius Institute.

The former chief of Asia-Pacific for the Canadian Security Intelligence Service, Juneau-Katsuya has seen all too often in his several decades of service that China spares no effort in exerting its influence in other countries.

Juneau-Katsuya has published a number of books and articles on the topic of espionage in Canada, and is one of the most quoted intelligence experts in Canadian media. He is currently the president and CEO of Northgate SSI, a security consulting firm, and teaches criminology at the University of Ottawa.

No one disputes the value of teaching language and culture, the intelligence veteran told a Toronto District School Board (TDSB) committee on Oct. 1. But organizations like the Confucius Institute are similar to a Trojan horse, he said.

Juneau-Katsuya was one of several people who asked to address the committee. The TDSB is trying to decide whether to permanently abandon its Confucius Institute partnership after an outcry from concerned parents and trustees. The committee voted on Oct. 1 to end the partnership. The entire board will vote on the issue at the end of the month.

Promoted as non-profit organizations funded by the Chinese communist regime to teach Chinese language and culture, Confucius Institutes (CI) have been cited by China’s own officials as tools to advance the regime’s soft power.

Former CSIS head Richard Fadden said during a 2010 speech while still serving with the agency that CIs are controlled by Chinese embassies and consulates and linked them with Beijing’s efforts to influence Canadian policy.

Former CCP leader Hu Jintao also clarified that using the name of Confucius for the institutes is no indication that the regime suddenly endorses the teachings of the ancient sage, which were widely criticized and ridiculed during Mao Zedong’s Cultural Revolution.

Rather, the famous name allows the CCP to promote the institutes since, according to Hu’s remarks published in Chinese, “through many years of effort, we have now found the way to cultivate and prepare supporters for our Party.”

“Establishing and spreading the various Chinese language institutes such as Confucius Institutes around the world is to increase our Party’s [CCP’s] influence worldwide,” Hu said.

“My father used to remind me very often that wise men would learn from the experience of somebody who went through something, and the fool will wait and go through the same experience instead.”

In a statement issued in June, the American Association of University Professors (AAUP), which represents tens of thousands of academics, urged U.S. universities not to partner with CIs, warning that the institutes serve as an arm of the Chinese state. The AAUP’s statement followed that of its Canadian counterpart, the Canadian Association of University Teachers (CAUT), which called on academic institutions in Canada to cut ties with CIs.

There is no shortage of evidence showing how CIs are used for spying activities, Juneau-Katsuya said.

Investigations have shown that CI employees in certain provinces have tried to get access to government accounts and secrets, he said. What’s more, Chinese intelligence agencies do not plan in terms of years, but rather generations.

“They have developed a system where they would be capable to recruit people or identify people from very, very early ages, wait for a long period of time,­­­ and eventually sort of capture the ‘spirit’ of the love that person might have for the Chinese culture,” Juneau-Katsuya said, citing this as one of the risks of the CI coming to Toronto schools.

In another example, Juneau-Katsuya said an academic gets invited to China, is given the red-carpet treatment such as expensive meals and wine, and is made to believe he or she is someone “extremely important.”

Once the person becomes indebted to the regime, the regime’s agents will use this leverage to advance their own agenda.

“The Chinese exploit that very well, and they are good at being capable to sort of barter their way and barter their relationship with people, and that has been done over and over again.”

CSIS has observed many cases of this, Juneau-Katsuya said, where elected officials and representatives of major institutions go on visits to China and once back, implement policies favourable to Beijing in their jurisdiction, whether municipal, provincial, or federal.

Then-head of CSIS Fadden said in an interview with the CBC in 2010 that some municipal politicians and provincial cabinet ministers are under the influence of foreign governments, while alluding to China as the most aggressive country in efforts to gain influence in Canada.

The unsuspecting people from the industry attend the institute and hope to learn Chinese and build friendships. However, “there is a strategy behind all of this [for CIs] to be able to eventually recruit or simply obtain information from these people.”

CIs are part of a larger network of organizations used by the CCP to advance its influence abroad, Juneau-Katsuya said. Other organizations within this network include the United Front Work Department (UFWD) and the Overseas Chinese Affairs Office (OCAO), among others.

“They all use soft power, and they are clearly identified by Western [counter-intelligence] agencies as agencies specifically working for spying on the Western world,” Juneau-Katsuya said.

In fact, many of the organizations rallying the Chinese community to voice support for CIs are closely linked to the UFWD and the OCAO. He noted that the UFWD’s annual budget for espionage is over $36 billion.

“What is very important [for China] is to have certain organizations that become agents of influence of their own within the community, to be capable to identify first the dissidents, and be capable after that to lobby very much the local government of any country,” he said.

Chen Yonglin, a former Chinese diplomat who defected to Australia in 2005, told Epoch Times that the NCCC is at the top of a pyramid of groups set up by the Chinese Embassy and consulates in Canada, with the goal to control and influence the Chinese community and the Canadian government.

Requests seeking interviews with the NCCC, CPAC, and the Beijing Association of Canada were not answered. In a past interview with Epoch Times, the NCCC denied being controlled by “any party or political force.” The person who answered the phone at the CTCCO hung up when asked for an interview.