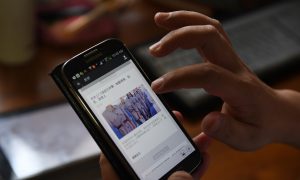 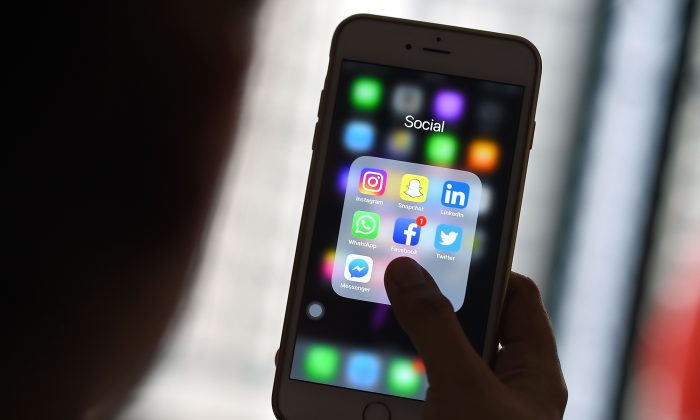 Advances in China’s use of “hostile social manipulation” represent an emerging threat to America’s vital interests, according to a recent report (pdf) by RAND Corporation think tank.

State-sponsored information warfare has become an important tool of global strategic competition, said the report published on Sept. 4. Practitioners of hostile social manipulation, the report said, can devise online social media campaigns that employ sophisticated forgeries, cyberbullying and harassment of individuals, distribution of rumors and conspiracy theories, and other methodologies to cause damage to a targeted state.

This emerging “soft power” practice, RAND said, is an updated and modified version of established forms of influence techniques referred to as “measures short of war” such as propaganda, active measures, disinformation, and political warfare.

Chinese social critic Murong Xuecun has noted that the CCP has used ideology and propaganda as governing tools “since the People’s Republic was established in 1949.”

A January report (pdf) by the Berlin-based think tank Mercator Institute for China Studies characterized the Chinese system of rule as “governance through information control” and said “the Chinese government has recognized that it needs a comprehensive social media strategy if it is to win the ‘battle for public opinion.’”

RAND said that China “sees itself in perpetual competition, or even constant war, with the United States and wider Western community in the ideological space.” Although the tone of rhetoric may have changed from the confrontational language of PRC founding leader Mao Zedong, current leader Xi Jinping has reinforced the persistent belief that: “China is in a zero-sum ideological competition with the West.”

According to the report, the Chinese Communist Party (CCP) leadership views the United States as engaged in a massive propaganda campaign against China and other nations.

The CCP sees the Arab Spring and Color Revolutions in states like Ukraine as part of a global battle for hearts and minds, similar to the run-up to the Soviet Union’s collapse, the report said. President Hu Jintao in October 2011 said: “We must clearly see that international hostile forces are intensifying the strategic plot of Westernizing and dividing China, and ideological space.”

Chinese leader Xi Jinping shortly after taking power in April 2013, said in a secret document that more work must be done because: “Western forces hostile to China and dissidents within the country are still constantly infiltrating the ideological sphere” and specifically asserted that regime opponents “have stirred up trouble about disclosing officials’ assets, using the Internet to fight corruption, media controls and other sensitive topics, to provoke discontent with the party and government.”

To uphold “democratic centralism,” Xi called upon the CCP to “conscientiously strengthen management of the ideological battlefield,” including strengthening the penetration, guidance, influence, and credibility of the [state] media. President Xi also called for the CCP to “strengthen guidance of public opinion on the Internet [and] purify the environment of public opinion on the Internet.”

RAND said the Chinese regime has built one of the world’s most sophisticated capacities for “human- and machine-enabled keyword blocking and censorship and has also used such new technologies and platforms in innovative ways to shape domestic and foreign information flows related to China.”

U.S. nonprofit Freedom House in 2017 labeled China as the “world’s worst abuser of Internet freedom” for a third year, based on widespread content blocking, content removal, and content fabrication regimes.

According to the report, China’s foreign policy through the late 2000s centered on preserving its basic state system, protecting its sovereignty, and continuing the stable development of China’s economy and society. But China has recently embraced foreign policy objective for spreading the “China Dream” to achieve the “great rejuvenation of the Chinese nation.”

The regime is focused on “degrading and ultimately eliminating U.S. regional influence, most notably through the erosion and then severing of U.S. alliances with Australia, Japan, South Korea, the Philippines, and Thailand,” the report said.

China, RAND said, refers to its social manipulation tools as “Magic Weapons” that domestically seek to delegitimize CCP opposition by painting those who criticize Party leadership and ruling status as an “extremely tiny handful” of “anti-China” people with “ulterior motives” organized by “black hands” in the service of “hostile foreign forces.”

Magic Weapons coupled with traditional espionage are employed externally through social and other forms of media to recruit willing collaborators, leverage “useful idiots,” and to prey on, intimidate, or otherwise silencing vulnerable populations, the report said.

The Chinese regime targets the 65 million overseas ethnic Chinese as potential public opinion warfare vectors, according to the report. Under this strategy, Beijing has prioritized acquiring influence and control over the global Chinese-language media, including radio, television, print media, and online content.

In addition, China is expanding and rebranding the foreign subsidiaries of its state-own broadcasters into a single arm for information dissemination and producing media messaging content, such as “Voice of China” international singing contest, the report said.

RAND recommended that the United States update its strategy regarding the manipulation of infospheres by foreign powers determined to gain competitive advantage.

“We have little conclusive evidence about the actual impact of hostile social manipulation to date—particularly when it comes to assessing the effectiveness of attempts to influence the attitudes and behaviors of specific audiences,” Alyssa Demus, report author and RAND senior policy analyst, said in a statement.

“Yet the marriage of the hostile intent of leading powers and the evolution of information technology could significantly broaden the reach and increase the impact of these techniques over time.”