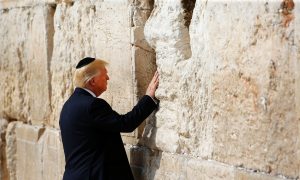 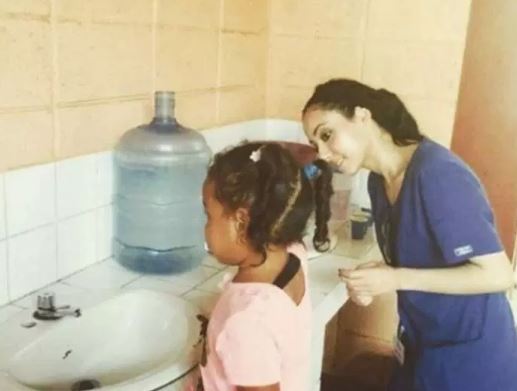 Lara Kollab in a file photo. (Lara Kollab/Instagram)
US News

The Ohio hospital resident who was disassociated by the clinic at which she worked after her numerous anti-semitic missives were highlighted by a watchdog group, graduated from a Jewish medical college.

The Cleveland Clinic confirmed recently that Lara Kollab was not working at the hospital any longer as a resident following the circulation of her anti-Jewish postings on Twitter.

“May Allah take back (end the lives) of the Jews so we stop being forced to go to those unclean ones,” she wrote in one of the tweets.

In another, she said: “I’ll purposely give all the [Jews] the wrong meds.”

The college was “established in 1970 to focus on higher education for the Jewish community.”

“Touro does not simply accommodate Jewish traditions, it supports and sustains them. The College is one of few in this country that builds in time for students to worship and to study, to celebrate and to honor their cultures and beliefs,” the university stated on its website.

The college quickly responded after Kollab’s anti-Jewish missives were highlighted, saying in a statement on Dec. 31, 2018: “We are shocked that one of our graduates would voice statements that are antithetical to Touro and to the physicians’ Hippocratic Oath. We have received word from the Cleveland Clinic where Dr. Kollab was last affiliated and learned that she is no longer employed there.”

The college added, “Touro College is appalled by the anti-Semitic comments reportedly made by Lara Kollab, a graduate of the Touro College of Osteopathic Medicine. The mission of Touro College is to educate, perpetuate, and enrich the historic Jewish tradition of tolerance and dignity.”

According to the Cleveland Clinic website, Kollab was working there as of December 2018, but the clinic said in a statement that she was only employed through September 2018.

Dr Lara Kollab, 27, a former resident at The Cleveland Clinic in Cleveland, Ohio, wrote in now-deleted posts that she hoped 'Allah will kill the Jews' and referred to Jewish people as 'dogs'. https://t.co/zyzc3gGR6U

Attention was drawn to Kollab’s anti-Israel and anti-Jew statements by the Canary Mission.

In her missives, she called for violence against Jews, supported terrorists, and compared Israel to Nazi Germany.

In January 2012, she wrote the tweet that stated she would give Jews the wrong medications.

In September 2012, she wrote, “loll my friend’s husband works in an arabic restaurant … a yahoodi [Jew] came in asking for israeli hummus … he kicked him out of the restaurant.”

In October 2012, replying to a comment on a post she made, she said, “I think [the Holocaust] did happen, it’s just exaggerated and the victimization of the jews (ignoring the others killed) is overdone.”

In January 2014, she posted three missives that defended Hamas, a recognized terrorist group. Over the years, she’s tweeted in support of terrorists multiple times.

Kollab also regularly compared Israel to Nazi Germany. In one post, she wrote, “Typical nazi mentality. zionists are the spawn of hitler.”

Kollab has not spoken publicly since the statements were revealed.