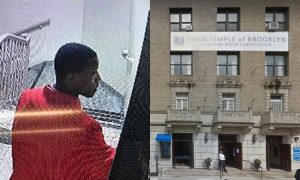 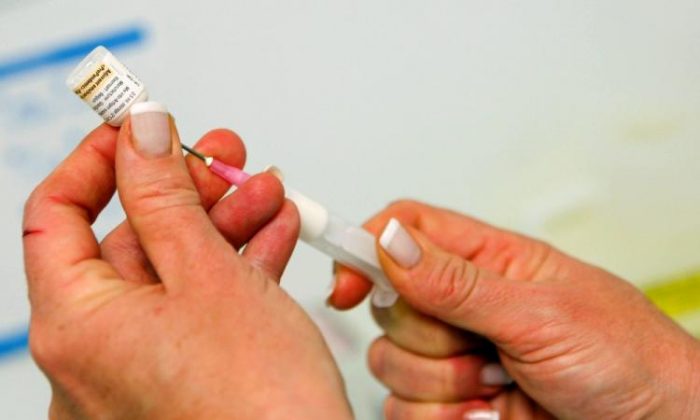 A nurse prepares a vaccine in a file photo. (Valery Hache/AFP/Getty Images)
US News

An Ohio hospital said that a worker who published a series of anti-Semitic messages on Twitter is no longer working there.

The Cleveland Clinic disassociated itself from Lara Kollab, 27, of Westlake.

She was a supervised resident at the clinic from July to September 2018, the clinic stated. She was still listed as working there as of December 2018 on some websites.

“Cleveland Clinic was recently made aware of comments posted to social media by a former employee. This individual was employed as a supervised resident at our hospital from July to September 2018. She is no longer working at Cleveland Clinic,” the clinic said in a statement on Dec. 31, 2018.

“In no way do these beliefs reflect those of our organization. We fully embrace diversity, inclusion, and a culture of safety and respect across our entire health system.”

According to state records, Kollab’s medical license remains active. It was issued in Cuyahoga County in July 2018 and is valid currently until June 2021.

According to her profile, Kollab graduated from the Touro College Of Osteopathic Medicine.

The college said on Monday, “We are shocked that one of our graduates would voice statements that are antithetical to Touro and to the physicians’ Hippocratic Oath. We have received word from the Cleveland Clinic where Dr. Kollab was last affiliated and learned that she is no longer employed there.”

Touro College added, “Touro College is appalled by the anti-Semitic comments reportedly made by Lara Kollab, a graduate of the Touro College of Osteopathic Medicine. The mission of Touro College is to educate, perpetuate, and enrich the historic Jewish tradition of tolerance and dignity.”

We are shocked that one of our graduates would voice statements that are antithetical to Touro and to the physicians’ Hippocratic Oath. We have received word from the Cleveland Clinic where Dr. Kollab was last affiliated and learned that she is no longer employed there.

Attention was drawn to Kollab’s anti-Israel and anti-Jew statements by the Canary Mission.

In her missives, she called for violence against Jews, supported terrorists, and compared Israel to Nazi Germany.

In January 2012, she wrote, “hahha ewww.. ill purposely give all the yahood [Jews] the wrong meds …”

In September 2012, she wrote, “loll my friend’s husband works in an arabic restaurant … a yahoodi [Jew] came in asking for israeli hummus … he kicked him out of the restaurant.”

In October 2012, replying to a comment on a post she made, she said, “I think [the Holocaust] did happen, it’s just exaggerated and the victimization of the jews (ignoring the others killed) is overdone.”

In January 2014, she posted three missives that defended Hamas, a recognized terrorist group. Over the years, she’s tweeted in support of terrorists multiple times.

Kollab also regularly compared Israel to Nazi Germany. In one post, she wrote, “Typical nazi mentality. zionists are the spawn of hitler.”

Kollab has not spoken publicly since the statements were revealed.

In her profile on vitals.com, Kollab was slammed with hundreds of negative reviews after her tweets were highlighted.

“Lara has shown that she is unfit to be a doctor. She does not view all her patients as equals. She is disrespectful, degrading, and an embarrassment to the human race. She has made hundreds of anti-Semitic comments over the years, and it is heart wrenching and painful to read them. She deserves to have her license revoked. I don’t understand how she made it this far through her career, having made all these comments on social media for years already. She does not deserve the recognition nor the title that comes along with being a DO,” wrote one commenter.

“Any doctor who intends to poison patients should not have a medical license and should be in jail,” added another.

“She said on record that as a doctor she will deliberately prescribe Jewish patients the wrong medication. Her license must be revoked at once! The sad thing is she completed her medical degree at a college that is orthodox Jewish and closely affiliated with a number of universities and hospitals in Israel,” added another.

“This doctor would give the wrong medication, to a patient, based on that patient’s religion (Jewish, in her case). Can’t trust a doctor who would make such a statement, regardless of whether the patient is Jewish or not. Doctors are trained to help, not harm. She needs to have her license revoked,” added another.