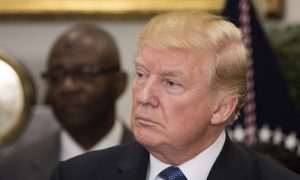 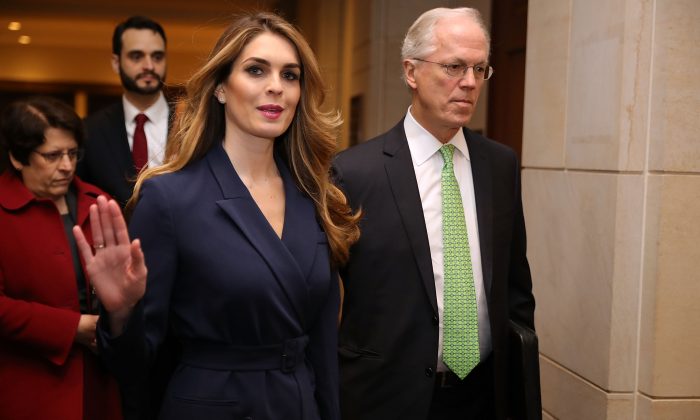 White House Communications Director Hope Hicks waves to reporters as she arrives at the U.S. Capitol to give testimony to the House Intelligence Committee on Feb. 27, 2018. (Chip Somodevilla/Getty Images)
Trump Administration

White House Communications Director Hope Hicks announced that she will be leaving her job at the White House to pursue other opportunities.

Hicks has worked for Trump for three years, making her Trump’s longest-serving aide. The exact timing for her departure has not been announced yet but is expected to be in the coming weeks.

“Hope is outstanding and has done great work for the last three years. She is as smart and thoughtful as they come, a truly great person. I will miss having her by my side but when she approached me about pursuing other opportunities, I totally understood. I am sure we will work together again in the future,” Trump said in a statement in response to the announcement.

Hicks became Trump’s communications director in the summer of 2017 following the departure of Anthony Scaramucci, who served in the position for ten days. Scaramucci was fired by incoming White House Chief of Staff Gen. John Kelly.

In a statement about Hicks’ resignation, Kelly wrote that” “She is strategic, poised and wise beyond her years. She became a trusted adviser and counselor and did a tremendous job overseeing the communications for the President’s agenda including the passage of historic tax reform.”

It is unclear yet who will replace Hicks as communications director.

Hicks’ resignation comes several weeks after several media reported that she had a romantic relationship with Trump aide Rob Porter. Porter resigned from his position earlier this month in response to allegations of domestic abuse from his two former wives.

On Feb. 27, Hicks was interviewed by the House Intelligence Committee related to its ongoing investigation into alleged Russian interference in the 2016 elections.