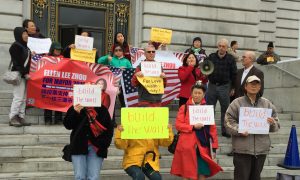 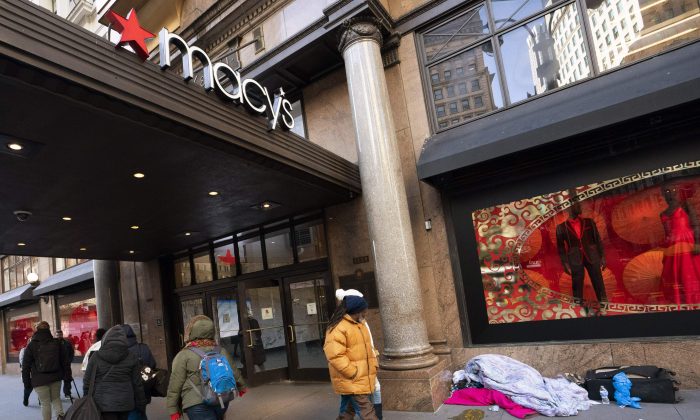 Homelessness in New York City has reached an “all-time record,” spurred by policy failures by the leadership of both the city and the state, according to a new report released on April 30.

In January, a record high of 63,839 men, women, and children slept in New York City shelters each night, according to the State of the Homeless 2019 report (pdf) released by The Coalition for the Homeless. The Big Apple has struggled for decades to alleviate the crisis, stemming from the “severe lack” of affordable housing, the report stated.

In February, the numbers were similar, with an average of 63,615 sleeping in shelters, a little short of the record high. During the month, 18,212 single adults slept in shelters each night, up 150 percent from 2009.

Data revealed that between September 2018 and April 2019, the number of single adults in DHS shelters reached a new nightly record high 32 times. Meanwhile, in fiscal year 2018, 133,284 individuals spent at least one night in a New York City DHS shelter, an increase of 61 percent since fiscal year 2002, when the total figure was was 82,808.

The Coalition for the Homeless also included a “report card” that rates the governments on their efforts to prevent homelessness. The Coalition gave New York City Mayor Bill de Blasio a “failing grade on his efforts to create sufficient housing” and Gov. Andrew Cuomo “multiple failing grades on housing vouchers, homelessness prevention, and systematic cost-shifting practices that unduly burden the City.”

Cuomo is set to become the highest-paid governor in the United States due to a pay increase approved by lawmakers in the Democrat-led Senate and Assembly. Cuomo’s salary would gradually increase to $250,000 on Jan. 1. 2021, from the current $179,000, as part of the new state budget. Lawmakers approved the raise in a vote early on April 1.

“New York City’s homelessness crisis will not improve until the Mayor uses every tool at his disposal,” said Giselle Routhier, policy director for the Coalition for the Homeless. “That means devoting at least 30,000 apartments in his ‘Housing New York 2.0’ affordable housing plan for homeless New Yorkers, with at least 24,000 of those apartments to be created through new construction.”

“New York is facing its worst homeless crisis since the Great Depression and we have failed at the state level to adequately combat this growing epidemic,” said Assemblyman Andrew Hevesi.

It comes as New York state faces a $2.3 billion budget shortfall, stemming from a drop in income tax collections, according to Comptroller Tom DiNapoli and Cuomo.

In March, Cuomo signed off on a $175 billion budget for New York state that also included a controversial new congestion pricing program for Manhattan. The program is being touted as a way to decrease traffic in congested parts of Manhattan, but punishes drivers with higher fees for driving into the city—pushing them to reconsider using the poorly managed public transportation system.