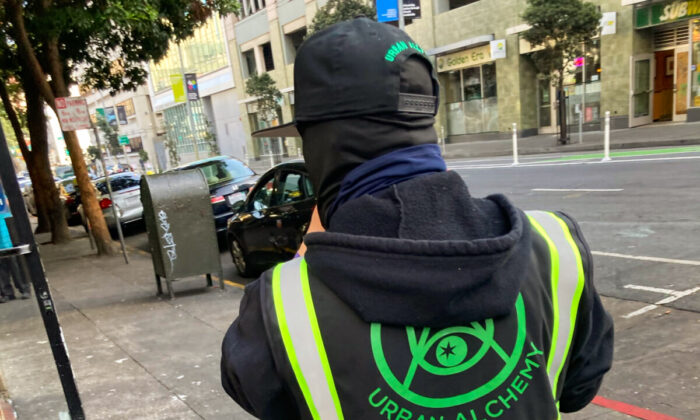 LA City Not Backtracking on Urban Alchemy, Despite Recent Violence Against Their Workers

An employee with Urban Alchemy—which hires formerly incarcerated or homeless individuals to respond to homeless incidents—was shot while on duty in San Francisco’s Tenderloin District April 29.

This was the second instance of violence toward an Urban Alchemy employee this year.

Another street ambassador was shot outside of a “safe sleeping” tent encampment near San Francisco’s City Hall in February.

The most recent shooting comes after Los Angeles Mayor Eric Garcetti proposed $8 million in his upcoming 2022–2023 budget to extend the nonprofit’s contract with the city.

Last year, Garcetti launched a pilot program, called Crisis and Incident Response through Community-Led Engagement or CIRCLE, in Venice Beach and Hollywood and contracted Urban Alchemy to run the program for $2.2 million.

It is unclear how long the program would run if Garcetti’s new Urban Alchemy contract is approved by the Los Angeles City Council.

Homeless issues are often handled by police due to a lack of “other available but more appropriate resources,” a spokesperson for the LAPD told to The Epoch Times in a statement. “LAPD remains available to assist in situations that change when outreach groups determine a need for law enforcement involvement.”

Since Urban Alchemy was founded in 2017, San Francisco officials have contracted with the nonprofit for a total of more than $41 million, according to city data obtained by the San Francisco Examiner.

A request for comment from Garcetti was not returned. Urban Alchemy declined to comment on the matter.

The worker who was shot last week was transported to the hospital for “non-life-threatening injuries” the same day while the suspect fled the scene, according to a San Francisco Police Department spokesperson.