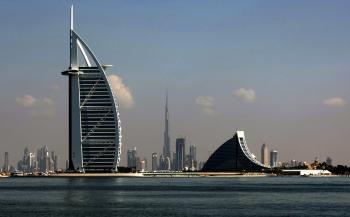 Homeless in Dubai: How a Successful British Businessman Lost Everything in Dubai

The 42-year-old British national sleeps every night by Dubai Creek, the emirate’s main waterway, after losing his job, his home, and finally his passport.

“I’m desperate to pay my way but without a passport, I can’t work. I wish they’d just send me to jail so all this could be over with,” he said.

Warner was arrested in January after returning from a Christmas break in Spain. His passport was seized by police after an instruction from banks, and he later lost his job.

Seven months later, Warner’s case has not been taken to the courts, and a repayment plan has not been agreed upon with the bank.

“Now, I think I’d be better off in prison,” he said. “At least I’d have food and a roof over my head and I could do my time and be deported.”

He said he had tried to turn himself in to police, but they told him he was free to go.

“If someone told me last year I’d end up sleeping rough [British slang for sleeping on the street], I wouldn’t have believed them,” he added.

A spokesman for Emirates NBD, the bank Warner had an account with, said that officials had tried to settle the case in an amicable manner.

“The bank had no option but to apply the due process of the law and hand the matter over to the relevant authorities,” the spokesman said.

“Emirates NBD sympathizes with customers who find themselves in a debt default situation, and makes every effort to help them resolve the matter in a manner that is mutually acceptable.”

Defaulting on credit card debt or bouncing a check is a criminal offense in Dubai, and the emirate’s prisons are filled with thousands of white-collar workers.

In February it emerged that Safi Qureshi, a British-born businessman who bought the man-made island of ‘England’ in the offshore ‘World’ development in Dubai, was in jail over a bounced check worth tens of millions of dollars.

However, thousands of cases go by unreported, as the emirate suffers its deepest downturn in its history.

Radha Stirling set up a U.K. charity called ‘Detained in Dubai’ to handle the growing number of expatriates who are facing jail in the emirate over financial crimes.

She said that she now receives around five calls a day from residents facing the threat of jail.

She said that the typical story is that a loss of employment leads to bank accounts being frozen, passports confiscated, and eventually jail.

“They don't envisage that a default is possible and believe their employment is stable,” she said.

“When they get into trouble, they realize the banks can actually prevent them from obtaining further employment and lead them into a full default.”

Aside from the advice to avoid debt at all costs, Stirling has a warning to those who find themselves in trouble.

“If you lose your job or think there is a chance you won't be able to meet your commitments, leave the country as a matter of urgency as the results of staying can involve a prison sentence,” she said.