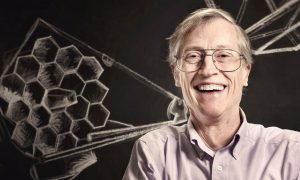 When Nobel Laureate John Mather Gazes Into Space, This Is What He Sees
0 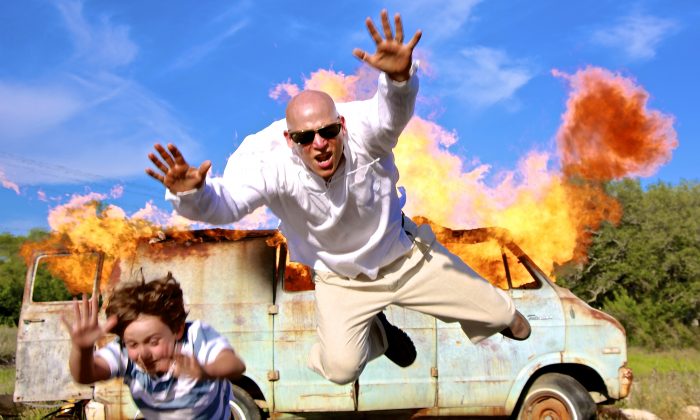 Steve Wolf (R) coordinates stunts and special effects for Hollywood movies. He has a unique perspective on the science of blowing things up, making people fly, and other fun tricks. (Courtesy of Steve Wolf)
Science

Steve Wolf will be one of the speakers at the 2014 USA Science & Engineering Festival in Washington, D.C., taking place April 26–27, 2014. Epoch Times is a media sponsor of the festival, so expect more great coverage to come!

Steve Wolf says he has a Ph.D. in 5th grade science. That’s how simple it is to understand the workings behind amazing Hollywood stunts.

Motorcycle jumps require a basic understanding of trajectory. A child can understand the physics behind pulleys used to hoist Spider-Man—and Wolf makes it even easier and more fun for children to understand by visiting schools and letting students lift their teachers with pulleys.

Wolf is a Hollywood stunt- and special-effects coordinator, an educator who makes science very exciting, and an inspiring figure who gained success through perseverance.

He was told by his 4th grade teacher that he’d never be good at science. Exactly 40 years later, he was giving the keynote address to the National Science Teachers Association, and received the “STEM Presenter of the Year” award. He frequently appears as a science expert on shows for Discovery, History, A&E, Bravo, and the Science Channel, and is developing several new TV shows.

Arriving at this stage in his career required all the boldness and tenacity of a passionate explorer. He didn’t have a formal science education. As a child, he rummaged at the dump for old gadgets to take apart so he could learn how they work. He was a literature major at Columbia University.

His first foray into movie action was as a medic on the sidelines. He could see as the stunts were being set up what would go wrong. Again dismissed as unqualified in the realm of science, he was told to mind his medic work and leave the stunts to the coordinators.

“Five minutes later, I’d be taking someone to the hospital,” he said. Finally, he got his chance to design the stunts after his colleagues recognized his talent. He offered himself as an unpaid apprentice to a master of special effects, and learned much this way.

Wolf blew up Hindenburg airship replicas for the Discovery Channel so he could discover the cause of the 1937 disaster. He set up wind machines to create chaos in Tom Hanks’s “Cast Away” movie. He’s learned from the stars, finding personal inspiration as well as professional challenges on set.

Working on the 1993 movie “The Firm,” was one of the highlights of Wolf’s career. Tom Cruise was the star, and quite a humble and conscientious star, Wolf said.

“He’s absolutely an inspirational example of professional workmanship,” Wolf said. “Tom always showed up on time, knew his lines, was prepared for what had to be done that day, was consistently polite to everyone he worked with. He really defined for me what it meant to be a professional.”

Cruise also held himself to his own high standards. Even if the director said, “That was great, we’re moving on,” if Tom didn’t feel it was his best work, he would ask to do it again.

“He was always willing to work harder to improve what he had done,” Wolf said. Cruise also made sure the crew was well fed, paying for excellent catering out of his own pocket. He was never the “star,” on set and he always showed a clear understanding that the crew is important to his personal success.

It was while Wolf was working on “The Firm” that he founded his “Science in the Movies” company, that has since provided programs to some 4,000 schools, using the science behind stunts and special effects to teach children principles they need to master science and to score well on their standardized tests.

Wolf said one problem with science education in schools is, “It’s too much about form, and not enough about exploration and discovery.”

“Science in school was always about following directions, and I can’t think of a single invention that came about by following directions,” he said. “The biggest thing you can do for a student is foster their sense of curiosity … Education’s not supposed to just be stuffing kids full of answers.”

Some of the greatest thinkers have been poor students, Wolf said, so children shouldn’t be discouraged by academic setbacks, and they should learn that making mistakes is part of attaining success.

He is looking forward to attending the USA Science Festival next week, because he loves the personalities of those drawn to science.

“They are an optimistic group,” he said, noting that an “essential quality of being a scientist is believing that change is possible.” Wolf looks forward to being in a “room full of people who imagine how the world could be better, and who work to achieve that goal.”