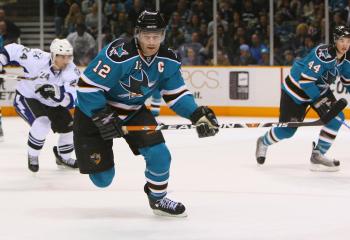 By Karl Yu
biggersmaller
Print
The NHL’s All-Star weekend has concluded with the actual game becoming surprisingly interesting, as the East emerged with a 12–11 shootout victory.

Now, the second half of the regular season has begun and and before we officially watch the first half fade in the rearview, let’s take stock.

One of the pleasant surprises of the first half is the return to prominence of two Original Six teams.

Everybody expected the Chicago Blackhawks, with young guns Patrick Kane and Jonathan Toews, to take the next step this season, but how many saw the team—which sits fourth in the West as of the mid-season point—draw big again?

Games are on local TV for the first time in ages and people are beginning to return to the United Center.

According to a SportingNews report, the ‘Hawks lead the league in first half attendance, averaging 21,592 spectators a game—a return to form indeed.

While a postseason spot for the ‘Hawks should be expected, few predicted the Boston Bruins would challenge for the President’s Trophy, awarded to the NHL’s top team.

At this year’s All-Star break, Boston was tops in the Eastern Conference and tied for the best point total in the entire league with 73.

On top of that, center Marc Savard ranked fourth amongst NHL point-getters with 56 and goalie Tim Thomas had the best save percentage in the entire league at .934.

The Devils Made Him Do It

Many thought the New Jersey Devils would be sunk after superstar goalie Martin Brodeur was diagnosed with a torn bicep tendon in early-November but as the second half begins, the Devils found themselves third in the East with 61 points thanks in part to netminder Scott Clemmensen.

After wresting the starter position from Kevin Weekes, Clemmensen posted a 19–9–1 record, a goals against average of 2.29 and save percentage of .922—not as good as Brodeur but not far behind either.

Sometimes owners should be, to borrow an analogy from the NFL, less like Dallas’ Jerry Jones and more like Pittsburgh’s Dan Rooney.

Fast-forwarding to the present, Melrose is long gone and the team sits 12th out of 15 teams in the East.

Tampa Bay has been like a big-budget Hollywood flick that lacks substance.

Although tied with Boston for most points, the San Jose Sharks might be the better of the two. They have only lost once in regulation at home after all.

Last season, Marleau scored 19 goals, set up 29 more for 48 points, was an atrocious -19, and apparently didn’t get along with Wilson.

The team recently added 43-year-old grinder Claude Lemieux, who is expected to help in the playoffs—Lemieux has four Stanley Cup rings and will provide the Sharks with more experience. This could be the missing ingredient for the Sharks, who are notorious for poor playoff performances.

With approximately 35 more games left in the regular season, it’s go time in the NHL.

The playoffs will be here before you know it.