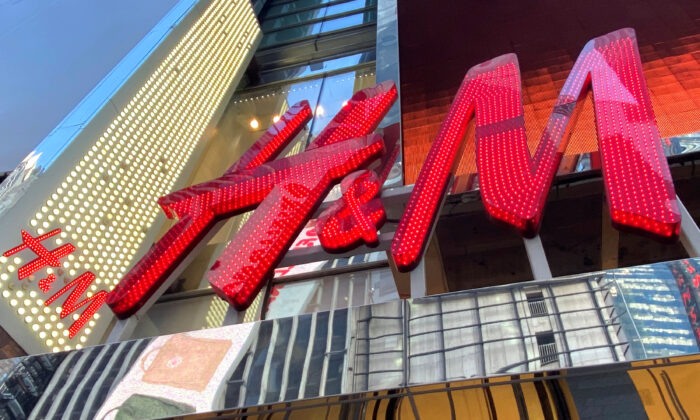 H&M Sales Miss as Retailer Struggles to Compete With Zara

STOCKHOLM—H&M reported on Thursday lower-than-expected quarterly sales as shoppers tighten their belts with energy and food bills soaring and the world’s second-biggest fashion retailer struggles to compete with rival Zara.

Third-quarter net sales at the Swedish group were up 3 percent from a year earlier at 57.5 billion crowns ($5.4 billion), short of the 5 percent which analysts polled by Refinitiv had forecast for the June-August quarter.

“The third quarter got off to a weak start, in common with the industry in many of the group’s major markets,” H&M, which does the bulk of its business in Europe, said in a statement.

“Sales improved sequentially during the quarter, with a better start for the autumn collections than last year.”

Measured in local currencies, sales were down 4 percent.

“As we saw from Primark last week, we think the more value conscious end of the sector is proving very challenging in Europe ex-UK, reflecting where pressures on household cashflow are most acute,” RBC analysts said, noting German industry data showing falling store sales in the period.

They said in a note H&M’s smaller chains like COS and Arket have been more resilient lately than the H&M brand.

The Swedish retailer has substantially underperformed market leader Inditex, the owner of Zara, which this week posted sales growth in constant currency terms of 16 percent for its May-July quarter. The Spanish group’s growth pace however slowed to 11 percent in the August 1-September 11 period.

Inditex on Wednesday flagged further price hikes this autumn to offset soaring costs, despite worries demand would wane due to the cost of living crisis.

H&M is due to publish its full third-quarter earnings report on Sept. 29.

By Marie Mannes and Anna Ringstrom